Comparing the 2018 Red Sox to the 88 Teams Before Them

The 2018 Red Sox are not only the team with the best record in baseball, they are the winningest team in franchise history. They have the chance to become the first team to reach 110+ wins since the 2001 Seattle Mariners. That is incredibly special, but many people want to ask: How special is it really?

Everyone can state that 106 wins is a rare feat, and they’re right. However, the numbers pertaining to how good this team is may shock you. Here, the 2018 Red Sox will be analyzed and compared to every single Red Sox team since 1930.

The 2018 Red Sox have two players who will likely eat up most of this season’s MVP votes in Mookie Betts and J.D. Martinez. This team is an offensive catalyst that leads all of baseball in almost every single category. After a power absent offensive season in 2017, this team has transformed itself. One can almost call it mature or seasoned, at this point. Xander Bogaerts will more than likely reach the 100 RBI mark, Mookie will have a 30/30 year and Andrew Benintendi reached his career high in hits. They hit well against everyone, in any venue, and their record proves it.

How Clutch Are They?

The Sox rank 25th in OPS (.787), 16th in wRC+ (109), 50th in batting average (.267), and 25th in runs scored (833). These are not mind-blowing numbers by any means. However, delving deeper into the numbers can show that the team is extremely clutch. In fact, they rank 3rd in a factor that Fangraphs literally calls “Clutch“. Granted, a Red Sox team without David Ortiz will never be as clutch as it could be. This 2018 team is different, and it can finally be said that they no longer need Big Papi in order to find success. On the season, the Red Sox rank first in RBIs which shows how efficient they have been. Not only do they get on base, but they also deliver when there is a chance to bring guys home.

The Red Sox currently have 199 home runs (12th) and will more than likely break the top 10 in franchise history. On the contrary, they walk at a rate of only 8.9, which lands them at the 59th spot. As far as strikeouts go, they rank 3rd highest at a 19.8% rate (which is still good for 5th lowest among teams in 2018). This trend can be attributed to a few things, such as the evolution of baseball or the aggressive hitting style Alex Cora has introduced. Another important asset of this team is the way they steal bases. They steal bases as efficiently as anyone has seen in recent years, even while lacking a true speedster. A 79.47 SB% ranks them first in all of baseball in 2018. The team has finally ditched the “Lead Sox” cliché.

The 2018 Red Sox are known to have many public opinions about their pitching staff. It seems that one day, the pitchers can do no wrong and the next day, they are the worst pitching staff ever. Many pitchers have had moments of brilliance in this historic season. One could say that the Sox are having a decent season especially when compared to better pitching staffs like the Astros or the Dodgers. Comparing the 2018 Sox to those of season’s past show where this team’s true strength is.

A simple comparison to those teams of the last 88 years will reveal that the 2018 Red Sox rank 12th in ERA (3.67), 2nd in strikeouts (1499), 1st in batting average against (.234), 3rd in WHIP (1.24), and 7th in saves (46). The average fan may think that the hitting has been the main reason for success this season, but the pitching is just as important. Having a good pitching staff that limits the opposition is very important. On the contrary, runs win games and having a great offense is key to making a deep playoff push. Having both on the same team in the same season is a deadly combination.

A more analytical viewpoint will show that the Slider has been the most effective pitch for the 2018 Red Sox. They posted a wSL figure of 27.1 and a wFB of 32.1 which is 4th best in the last two decades, for fastballs. They attained an xFIP of 3.92, which coincides with their team ERA and alludes to their defense being a good source of help for the year. Finally, when it comes to SIERA (my favorite pitching stat), the Red Sox have amounted to a figure of 3.73. This basically means that the pitching staff does an above average job at limiting hits and runs scored (they rank 5th out of all teams in 2018).

This team will be looked at as one of the best in Red Sox history. Regardless of if they win a World Series title or not, this shows how far they have come and how much more these kids have to give. Boston is stuck with this core for a while and that should be celebrated for the fact that many teams go decades without witnessing something like this. 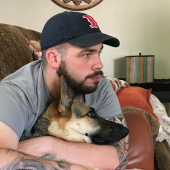 Strengths and Weaknesses of ALCS Teams

The Road to the World Series Not Paved with Gold