After a crazy free agency, teams are left with different needs. BSE projects how the first round will look like in its first mock draft:

Darnold is the best QB in the draft, and someone they desperately need. Tyrod Taylor is not a long-term plan, and the addition of Carlos Hyde means that they really don’t need Barkley here. QB of the future is the pick here.

Barkley gives the Giants a spark in their offense and takes pressure off Manning. They could also trade down to the Bills if they get a good deal.

They gave up three second-round picks to move up three spots. The most polished passer in the draft is the right pick here especially with the Jets’ addition of Terrelle Pryor.

With Barkley gone, the Browns go to their true top need outside of quarterback: a true lockdown corner.

The Broncos addressed their QB need with the signing of Case Keenum and pick someone to protect him with one of the most bust-proof prospects in the draft. The Broncos had a terrible offensive line unit last year, so Nelson is the pick here.

Chubb is arguably the best defensive player in the draft, and falls to the team that needs a pass-rusher the most.

With the additions of Vinny Curry and JPP, the Buccaneers look to improve their secondary with the best player available.

Edmunds is considerably the best and most versatile linebacker because he can rush the passer, drop back in coverage, and can stop the run. The Bears can use him effectively as they need someone who can consistently do this.

While it is not a dire need, the 49ers take a great hard-hitting safety. The pick makes sense to bolster the secondary along with Richard Sherman and the fact that starting safety, Eric Reid, is a free agent.

After addressing the secondary in free agency, the Raiders choose someone who can help them from Day 1. Smith is a fast, athletic playmaker which is a player the Raiders defense desperately needs.

Vea can fill a Ndamukong Suh sized hole left in the Dolphins defense. A QB can be a pick here but doesn’t seem likely after the Brock Osweiler signing. He is the best interior DL according to Mike Mayock.

The QB-needy Bills’ best bet is to roll with McCarron and Allen, two young quarterbacks with great promise.

Redskins lost Kendall Fuller and are likely to lose Bashaud Breeland. They draft a two-phase playmaker that can also contribute as a kick returner.

The Packers pick a player that adds much-needed pass rush off the edge.

One thing the Cardinals have learned over the years is you can never have too many quarterbacks. Bradford is injury-prone, and Glennon lost his job to a rookie. Mayfield is the pick here. Another option would be a wide receiver who can learn from the great Larry Fitzgerald.

Ridley is the top-rated receiver in the draft and falls to the Ravens, who is needing offensive weapons even after signing Michael Crabtree.

The Chargers choose to groom their quarterback of the future with their pick here. Jackson could strive under the coaching of Anthony Lynn.

Seattle had an abysmal offensive line unit in 2017. Here is a player that can tremendously improve it.

Hurst is a first round talent that has shown he can disrupt the passer and get off blocks.

The Lions found their workhorse back in LeGarrette Blount with Ameer Abdullah to complement him.  Here, they draft a player who can stop the run and rush the passer on the interior defensive line.

Cincinnati picks Hernandez to improve the interior offensive line and give Joe Mixon a powerful player to run behind. He may lack height but makes up for it in strength and toughness. He has all received comparisons to Pro-Bowler Richie Incognito.

The Bills look on defense after targeting a quarterback with their first pick. Evans is a fast and skilled tackler who can fill the hole of tackle leader, Preston Brown.

The Rams pick a big-bodied receiver to replace Sammy Watkins and give Jared Goff a new target.

The Panthers are looking for a leader and difference-maker at safety. Harrison fits the bill.

The Titans need a consistent pass-rusher. Landry displays the quickness and hustle to get to the quarterback.

Bryan is a versatile player who can play both tackle and end. He should help the Falcons right away, especially with the losses of Dontari Poe and Adrian Clayborn.

The Saints draft class of 2017 might have been one of the best. They filled a lot of holes on their team last year. One thing they do need is a new weapon for Brees to take the load off Michael Thomas and Alvin Kamara. The trio would be a nightmare for defenses to guard if they pick this athletic touchdown machine.

With Ryan Shazier out for the 2018 season, the Steelers look for a capable inside linebacker in the Boise State product. 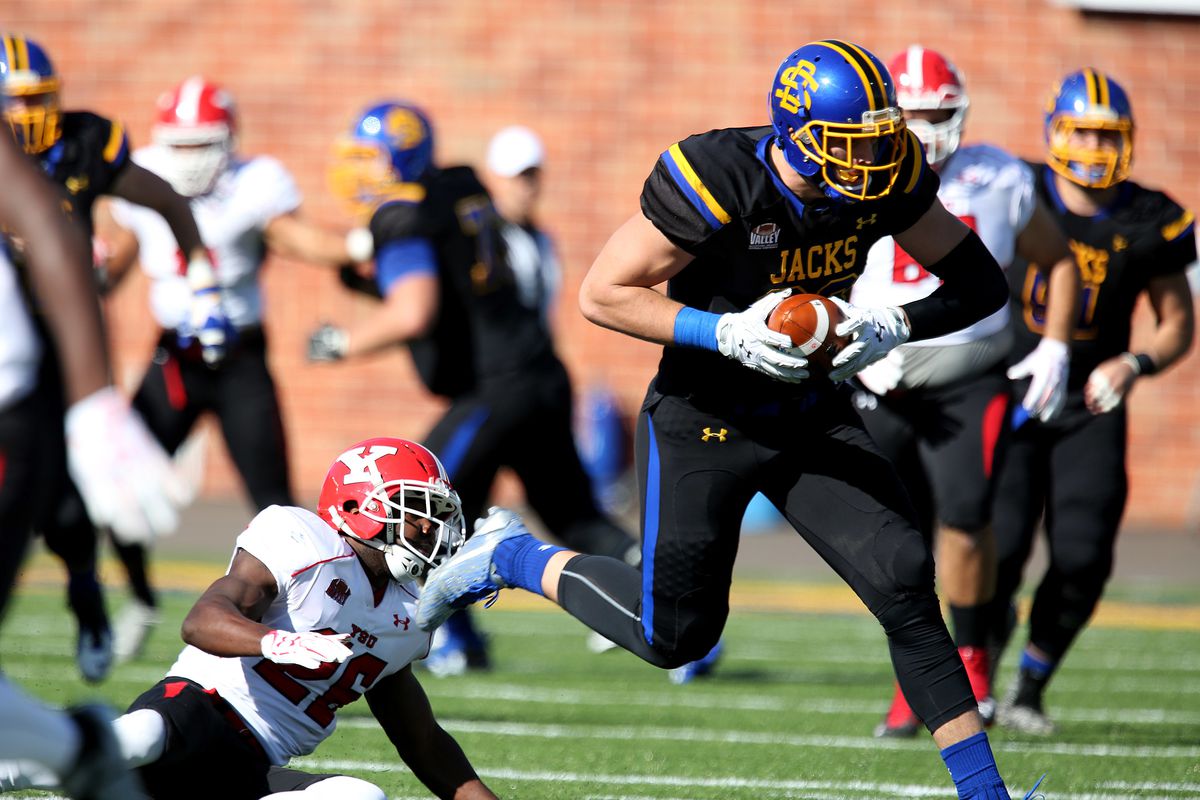 Although they signed Austin Sefarian-Jenkins, the Jaguars could look to add a long playmaker capable of being a go-to guy for Blake Bortles.

With 39 year old Terrence Newman likely to leave in free agency, the Vikings draft a tough physical corner who can replace Newman as the nickel.

Many mock drafts have New England drafting a tackle with the loss of Nate Solder. However, the resigning of LaAdrian Waddle, return of Tony Garcia, and signing of Matt Tobin provide the team with enough depth. Garcia does have to get back to football shape, but his college tape shows that he is a more than capable linemen. In the meantime, Waddle can start while Garcia can develop. He was drafted because the Patriots planning a future without Solder. In turn, New England looks to add talent and depth to a depleted core group. The Patriots have shown interest and could use someone like Carter who is fast, athletic, and capable of getting to the quarterback.

The Eagles do not have a lot of holes on their team. Behind Zach Ertz, there is no real depth. Therefore, the Eagles draft Hurst who is a big-bodied catch-and-run threat who fits perfectly in the scary Eagles offense.

The Patriots are Super Bowl Champs…Again