Bruins fail to bounce back 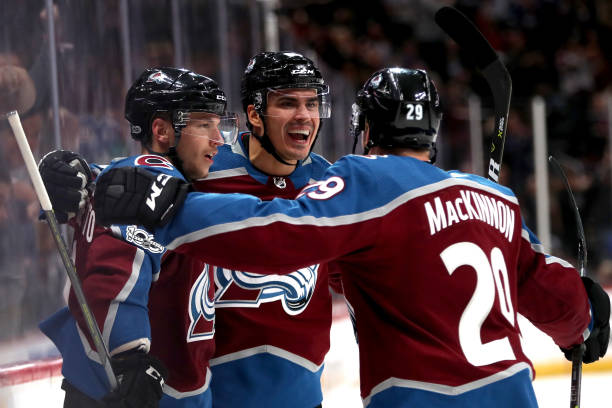 The Bruins fell once again to the Avalanche on Wednesday night in Colorado. If the Bruins want to win hockey games, it will take a much better effort. They need to play the same way they did against the Predators last Thursday.

Tuukka Rask was pulled from the game after giving up four goals on 26 shots in the first two periods. Rask has allowed 10 goals through the first three games played so far this season. Bruins backup goaltender Anton Khudobin was between the pipes to start the third period.  Khudobin came into the game when the score was 4-1, stopping all nine shots he faced in the third period. Khudobin looks to start this season the way he ended last season.

However, there are a few good things to take away from the game, The Bruins did have a strong third period by almost completing the comeback. The Bruins scored two goals in the third. Fourth-line winger Tim Schaller scored 11 minutes and 30 seconds into the period. Only a few moments later, Torey Krug scored for the Bruins to make it 4-3. There was plenty of time for Boston to score again and tie the game up. Unfortunately, the Bruins were unable to complete the comeback. The Avs went on to win the game 6-3 after scoring two empty net goals in the final minutes.

Bruins’ rookies Charlie McAvoy, Jake DeBrusk, and Anders Bjork were all held off the score sheet for the second straight game. Both DeBrusk and Bjork are a -5 in the last two games. McAvoy is -3 over the last two games. The Bruins rely heavily on these three rookies in the absence of Patrice Bergeron and David Backes. With Bergy an Backes out, the younger guys on the team have to step up and help carry the Bruins until they are fully healthy. With Bergeron looking to return sometime this weekend, one young forward will have to be replaced. At this point I think it’s safe to say that Bjork and DeBrusk’s roster spots are secured for now. So the Bruins will likely send a player from their third or fourth lines down to Providence.

Other positive signs in the game included Brad Marchand beginning to look more and more like he did last season. Marchand scored the Bruins’ first goal of the game with a sick shot that beat Avalanche goaltender Semyon Varlamov’s blocker side. Torey Krug also cashed in for the Bruins by scoring his first goal of the season. Krug’s goal came just one game after his return from the broken jaw that he suffered in the preseason.

The Bruins will get their next shot in Arizona on Saturday night when they are in town to take on the Arizona Coyotes. Boston will be in action again on Sunday, taking on the Las Vegas Golden Knights for the first time

. The Bruins need these points now if they want to be in the postseason again this spring.