Bruins Fall To Preds Despite a Big Third Period

The Bruins fell to the red-hot Nashville Predators on Monday night despite a big third-period push.

The Bruins were back in action on Monday night in Nashville where they fell to the Predators 5-3. The Predators scored the first goal of the game just 1:26 seconds into the contest, then again late in the first to lead 2-0. The Predators scored two more in the second period to go up 4-0. The Bruins struck back in the second with a power-play goal coming off a perfect shot from Charlie McAvoy. The Bruins trailed 4-1 after two periods. In the third the Bruins came out strong, and it paid off. Captain Zdeno Chara scored for the Bruins to get his team within two.

Then, just over a minute later, David Pastrnak Scored to make it 4-3 and a brand new game. Bruins fans had hope. Then less than a minute after Pasta’s marker, Predators forward Filip Forsberg scored on a breakaway to make it 5-3. The Bruins showed up to little to late in this one.

Bruins goalie Anton Khudobin started the game but was lit up early. Dobby gave up four goals on 14 shots. It appears the red-hot Khudobin could riding the pine after this one. Tuukka Rask came into the cage after the Predators fourth goal. Rask only faced 11 shots and made 10 saves. The Bruins should run with Rask at this point.  He’s beaten the best team in the league in Tampa Bay, and recorded a shutout against the Flyers in recent days. Rask looks like the Rask of old, the one all Bruins fans love. Winning games, making big saves, and playing with confidence. Exactly why the Bruins need to roll with Rask from now on. 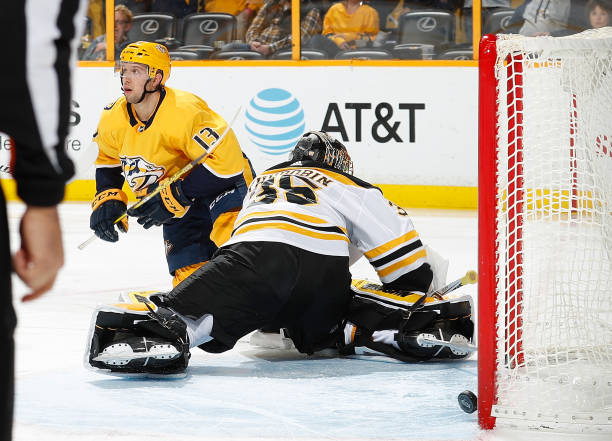 ”Digging yourself a 4-0 deficit is certainly not a good recipe for winning games. The second half of the game was much better, but it was too little, too late. We need to start on time” said Bruins forward David Backes. Marchand also had some comments on the game. “The Predators are pretty deep, they play hard, but they didn’t really deserve a lot. We just kind of gave it to them. It’s tough to lose like that. We did a good job of pushing back and making it a game, but we need wins.”

The Bruins top line, McAvoy, Chara and Pastranak, scored all three goals. If the Bruins want to win hockey games, it will take more than one line to score all the goals. The Bruins need players like Krejci, Backes, Spooner, and Anders Bjork to contribute on the score sheet on a regular basis. Bruins rookie Danton Heinen has quietly put up points, proving that he can contribute on offense. Heinen picked up an assist on McAvoy’s power play goal in the second, giving him nine assists on the year for a total of 14 points. 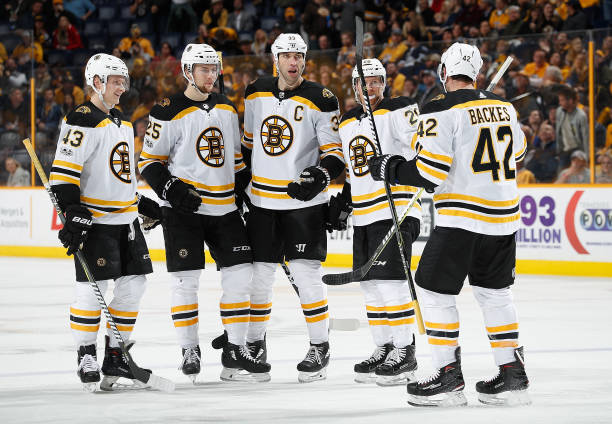 Backes on Track: An Overview of David Backes’s Career