Can the Red Sox Win with Spot Starts?

Starting pitching is one of the most injury-riddled positions in baseball. The throwing motion itself is inherently unnatural, so injuries plague the position. Last week, Red Sox management announced that both Eddie Rodriguez and Steven Wright are unlikely to be ready for Opening Day. This means the Sox will be relying on spot starters entering the season, which begs the question: can the Red Sox win with spot starts?

Can the Red Sox Win with Spot Starts?

How Long Will They Need Him?

This article isn’t going to be about who the spot starter will be – that’s already been analyzed here – but more about how the team around him will perform. E-Rod’s offseason knee surgery has been public news for a while, and he’s expected to be back in early to late May.

Wright, however, seems to be further along than E-Rod. He’s already been throwing off flat surfaces, and is expected to transition to throwing off a mound within a week. Knee injuries are tricky, but let’s conservatively assume he’ll be ready in a bit under two months time.

With that conservative estimate, the Red Sox will likely need to use their fifth starter for three or four trips through the rotation. Let’s take a look at what those starts might look like. 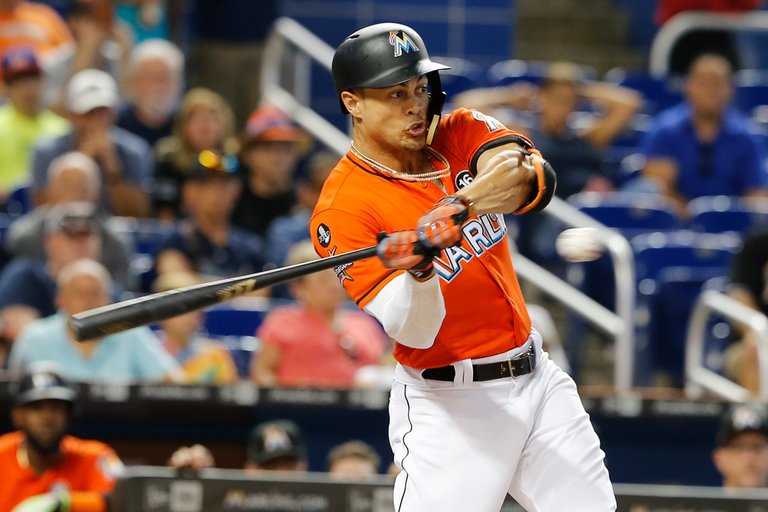 The Red Sox begin their season with six straight games, so the spot starter will be needed early. However, his first start will be against arguably the worst team in baseball.

The Miami Marlins are a certified mess. The team is under new ownership and is in full rebuild mode. After finishing 2017 with an underwhelming 77-85 record, the Marlins have gotten considerably worse. They sent away National League MVP Giancarlo Stanton as well as All-Star caliber players in Dee Gordon and Marcell Ozuna, just to name a few.

This team is so talent-barren that the Pawtucket Red Sox could probably beat them. It really doesn’t matter if Brian Johnson, Hector Velasquez, or a random fan in the stands is the starting pitcher. The Red Sox are winning this one.

Second Run Through Rotation: Not Needed

The schedule gets a bit easier after starting the season with six straight games. The Sox have April 4th off, and then play every other day until facing the Yankees on April 10th. The Sox are currently set to have David Price, Drew Pomeranz, and Rick Porcello pitch in the three-game series against the Tampa Bay Rays.

Team ace Chris Sale is scheduled to pitch the final game of the six-game opening stretch on April 3rd. This leaves Price, Pomeranz, and Porcello to handle the Rays. Thanks to the rest days, the Sox could skip the fifth starters turn in the rotation altogether.

This will almost certainly happen, as doing this wouldn’t force Sale to throw on short rest. On the contrary, Sale will actually be on a full week of rest due to all the days off. The Red Sox will have their top three pitchers set to face the rival Yankees, and it would be foolish to play a spot starter over Sale, Price, or Pomeranz.

The Next Two Runs Through the Rotation

Following their cozy stretch of three rest games in three days, things get hectic for the Red Sox. Boston’s set to play in 13 straight games, starting with their series against the Yankees. This type of run is very abnormal for April, and the spot starter will certainly be needed during this run.

It’s tough to imagine Wright being out any longer than the fourth run through the rotation, so this should be the last time the spot starter is needed. As things currently stand, the fifth starter is set to face the Baltimore Orioles and the Los Angeles Angels.

While neither one of these teams is in the elite level of, say, the Houston Astros, both teams are certainly capable of beating Boston. Each team boasts a solid group of talent led by one superstar. The Orioles have Manny Machado and the Angels have Mike Trout. Both players can dominate the best of the best, never mind the likes of the spot starters.

That being said, don’t chalk these two games up as losses. All three potential spot starters have shown that they can keep games competitive, and that’s all they need to do. As long as they don’t get shelled, the Red Sox team around them could easily be enough to steal a few wins.

Just Make It to the Bullpen

Craig Kimbrel should remain one of the best relievers in baseball

The spot starter won’t be asked to pitch a no-hitter, just to make it through the fifth inning. If they can hold opponents to three or four runs through five innings, then they’ve done their job. The Red Sox bullpen can take it from there, and they should be hard to hit.

While they don’t have the depth they had late last season, this Red Sox bullpen should still be one of the best. For the early innings, Matt Barnes has shown he can be a good bridge arm, so long as the pressure isn’t high. Nobody knows what roles Joe Kelly and Brandon Workman will have, but they’ve both proven capable of shutting down top talent with their fastballs. While he’s normally not an inspiring option, Heath Hembree is actually surprisingly amazing in April. Since 2016, he’s only allowed two earned runs in 21.2 innings.

If those four can make it to the eighth inning, Carson Smith and Craig Kimbrel can easily handle the rest. Smith looked like a difference maker in the eighth inning last season, albeit in minimal appearances. If he can build on his successful end to 2017, the Red Sox will have a great setup man.

And of course, Kimbrel will handle the ninth. One could argue that Kimbrel is the best closer in baseball. He certainly was last season, posting an absurd 126 strikeouts in 69 innings. He probably won’t be that good this year, but he’s still poised to be a top-five closer in baseball.

Of course, the Sox had a great bullpen last year, but still weren’t always able to overcome sub par starts. This was mostly due an underwhelming offense. The Red Sox offense didn’t live up to its potential due to key injuries and underperformance by other players. Of course, David Ortiz‘ absence was a big part of last years limited offense.

Those problems should be a thing of the past. There’s no fully replacing David Ortiz, but the Red Sox have found their next big power bat in J.D. Martinez. That alone will give the Red Sox a better chance at coming from behind, but he won’t be the sole fix for the offense.

Hanley Ramirez battled through a shoulder injury all of 2017, and his health should be a huge boost for the roster. Mookie Betts and Xander Bogaerts should bounce back from down years, and Andrew Benintendi and Rafael Devers should only get better in their second years. This probably won’t be the best offense in the league like it was in 2016, but it could easily be a top five unit.

Not the End of the World

Obviously, it’s never ideal to lose two starting pitchers before Opening Day. However, the Red Sox have built a strong roster that’s capable of handling those types of losses. They don’t need the spot starter to be great, just serviceable.

It’s not crazy to think that the Sox could pull off a win in two or even all three of the spot starter’s appearances. In years past, that wouldn’t have been likely. This year, thanks to a great four-man rotation, a strong bullpen, and a talented lineup, it can certainly be done.

Nathan Eovaldi Should Be Top Priority