The NBA draft has been very entertaining in recent Celtics memory. Thursday’s festivities were stale in comparison, but fans everywhere were pleasantly surprised when former Texas A&M big man Robert Williams, a projected lottery pick, fell into Boston’s lap with the 27th pick in the draft.

So- what will the 20-year-old center bring to the table for an already loaded Celtics team?

The practical answer is not much- yet. Lauded as one of the more raw prospects in the draft, Williams is not guaranteed to develop into a top NBA player. However, the potential is certainly there. After studying his film for two straight days, we’ve broken down every aspect of his game. We condensed his strengths, weaknesses, and comparisons into one, convenient profile. Time to learn everything about the Celtics’ latest young prospect, and what his game will provide to this championship-caliber team. 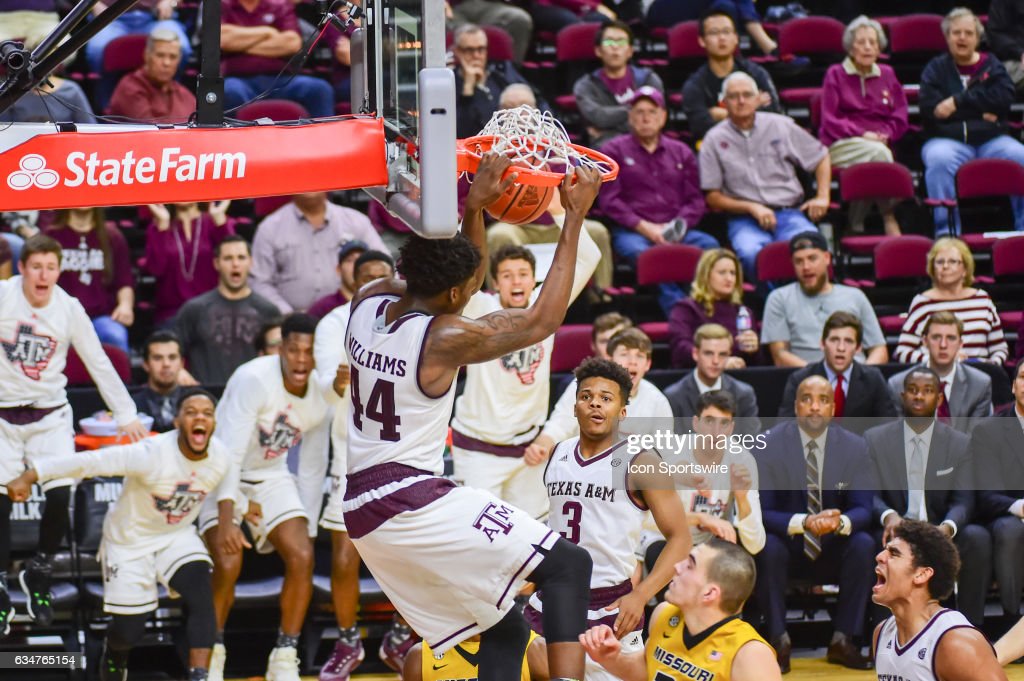 Let’s start with the glass-half-full approach. When it comes to rebounding, Williams is at the top of his class. He averaged 9.2 rebounds per game as an Aggie, while demonstrating an excellent ability to use his strength and size to box out players of all sizes. Rebounding is the one area Williams will be able to contribute to right away, as the Celtics were a middle-of-the-road rebounding team for the fourth straight season. Having such a young prospect excel in a sorely needed role will drastically boost his potential in Brad Stevens’ system.

Williams was also one of the best rim-protecting big men in this draft class. With quick feet, extreme length, and brute strength, he dominated some of the SEC’s best guards consistently at the rim. His 2.6 blocks per game were among the highest numbers in the nation, and served to push his draft stock into the lottery. His superb ability to defend the paint with vigor and switch onto smaller guards and forwards will make him an incredibly valuable asset,. Especially late in the season, when offenses ignite and defenses begin to tighten up.

Rounding out the strengths list are the intangibles that the sophomore possesses. He simply oozes potential as a defensive oriented, rim-rolling menace. Let’s put a scenario into play- Terry Rozier brings the ball up and receives a hard screen courtesy of Williams. The opposing defender goes over the pick, looking to cut into Rozier’s air space, and Williams goes flying to the rim in search of an oncoming lob. If (and when) the defense collapses to discourage an easy slam, Rozier can simply kick the ball to a wide open Jaylen Brown or Marcus Morris. If the opposing team defends the three-point line, Williams can take the lob for an electrifying alley-oop, and the Garden can erupt with euphoric cheers. With the right coaching and proper development, that is exactly the kind of scenario that we could see play out many a time next season.

No prospect is perfect, though we wish. It was no coincidence that Williams fell 15 slots from his projected selection spot. His motor was questioned during his run at Texas A&M, and he was caught sleeping at times when high-powered offenses got out on the fast-break.

While he displayed some proficient post moves in his two seasons at college, his shooting was questionable. The mechanics are certainly there, but his shot will undoubtedly require some serious work. Court vision and passing were also question marks for the prototype big-man. He certainly won’t rack up Al Horford-like assist numbers. Rounding out his short list of weaknesses is his ability to steal the basketball. Williams only racked up 0.8 steals per game in both seasons at A&M while displaying a lack of awareness at times in the college system. Williams carries the same weakness as a majority of elder-age big men. The difference is he has the potential to fix them during his tenure as a Celtic.

This is wishful thinking; O’Neal was an all-time defensive talent, and one of the top players in the NBA in his prime. At 6’11 and 253 pounds, Jermaine certainly has a size advantage over the 6’10 236 pound Williams. Their college stats are comparable, and O’Neal’s offensive game came to him over time; I expect the same for Williams. Both had questionable motors at times, but O’Neal was able to showcase one of the highest defensive energies in the league over time. It remains to be seen whether Williams will be able to do the same.

Haslem, though a Heat fan favorite, was never considered an NBA star. His ability to box out and rebound, while defending multiple positions was valuable, but his lack of offensive consistency kept him off of the floor in the latter stages of his career. He is the all time leader in rebounds for the Miami Heat, no short achievement. With the right coaching, Williams has the chance to do what Haslem did and more for the Celtics. Both compare well in size and had an identical list of strengths and weaknesses.

Williams was the absolute perfect pick for the Celtics. He provides the team with a select skill set that meshes flawlessly with what Boston needs. With Aron Baynes and Daniel Theis set to return next season, Williams is likely to spend most of the 2018-19 season with the Maine Red Claws. But make no mistake; he surely factors in to Boston’s long-term plans. Bringing the 20-year-old along slowly gives Boston a chance to make the best of however many seasons Al Horford has left, and when the time is right, Brad Stevens should willingly be ready to hand the keys over to the young big guy.

Williams has a lot to learn, and some of the best teachers in the league to educate him. Don’t expect him to make any noticeable impact next season- but the upside he possesses is tremendous. There is a very good chance that Boston just drafted Horford’s successor, and potentially a future NBA star.

Kyrie Irving Drama Comes To End – Or Not

BREAKING DOWN THE CELTICS ROSTER.