IT’S THAT TIME OF YEAR

Well folks, can you believe it? The Draft for the inaugural Boston Sports Extra Fantasy Football took place in July! Setting records as the earliest recorded draft for a fantasy football season and somewhat last minute in the grand scheme of things. We’d been ‘umming and ‘arring for weeks without a hint of anticipation until suddenly, with minor amounts of warning, it was decided: “draft tonight, who’s in?” 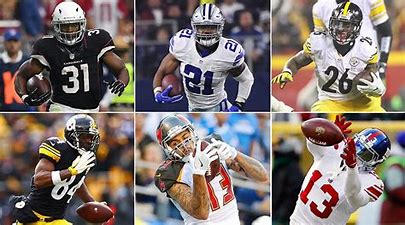 “Andy had an amazing draft, one for the ages.”

Nine-thirty was the agreed time until it was moved to 2145 so people could trade their draft picks. Though when nobody managed to do that in the allotted time, it just meant we got to go bed later for no good reason. I’m a firm believer that when the universe gives you last pick, you just suck it up and play the best you can. Then when you finish with a losing record, you can just blame the draft position! Imagine the embarrassment of trading up and still being rubbish. It was a Snake Draft, putting extra pressure on the No.1 and No.12 picks as they get a quick turnaround, then a long gap to restock on ice cream and, for this Brit, make another cup of tea.

BREAKING DOWN THE ROUNDS

The first round went as expected, even after a brief argument on group chat about OBJ being overrated:

Don’t worry, I’m not going to take up your time with every subsequent round. Some key things to note, however:

Justin caved in R2 and picked up the Gronk, we can’t blame him but there’s always the niggling feeling that overconfidence will indirectly lead to a serious injury. Larry Fitzgerald keeps defying the years by joining Gronkowski in R2.

In R3, DK had stolen Joe Mixon from me, and it also featured the first QB pick: Aaron Rogers! We don’t know what Mike was thinking but maybe, since he’d picked up Davante Adams in the previous round, he wanted to make sure somebody would be throwing him the ball. Reality and fantasy can get blurred on a frantic Monday night. More over-reliance on tight ends here too as Ertz and Kelce were claimed. I used my No. 36 pick on Derrius Guice which I wasn’t a fan of because I’m not sure how to pronounce it. 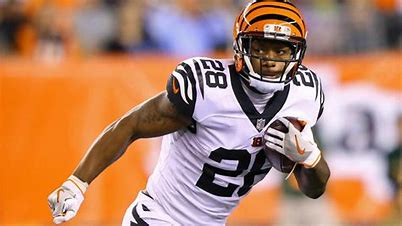 R4 was notable for the first daring selection of a Patriots running back, and it was the rookie! We all hope Sony Michel is a breakout star, I just hope that happens next season when he’s on my roster. More heartbreak for my Carrboro Wookies in R5 when JuJu Smith-Schuster is picked right before my turn! Snatched away by the cruel hand of fate. In other news, James showed strong confidence in Deshaun Watson.

R6 had nothing of any importance, save my selection of the mighty Greg Olsen. The highlight of R7 was seeing Kyle take Sammy Watkins prompting our league manager to utter “that’s a terrible pick,” which did make me laugh. I put my faith in Jules Edelman despite the suspension, then trackpad over enthusiasm left me with Kelvin Benjamin for the start of R8, when I really wanted Alshon Jeffery to add my list of unavailable players. R8 was noticeable for the first Defense pick! Congratulations to Matt and let’s hope his faith in the Jags does him proud. He became the first to complete his starting lineup by taking Greg the Leg in R9, getting all his ducks in a row.

R9 was also the round of the Js, with Jamaal W, Jimmy G, Jordy N, Jeremy H, and Jack D all finding homes. I finally got QB nerves and took Big Ben, not just because we share the same first name. R10 saw the return of Andrew Luck. Criminally LeGarrette Blount arrived in R11 with the 122nd pick. Did nobody remember the TD machine he is? Myself included hence I settled for Chris Carson and a bag of optimism at 132.

Our sensible members (time will tell) filled their rosters with RBs and WRs and saved the last 2 rounds for D/ST and K. Nobody expected anybody to take a punt on Dez Bryant but that’s what happened in R14! He’s nestled between the Chargers and the Broncos for the 169th pick: how the mighty have fallen! The pick of the night and the one that raised the biggest smile was R16, 184th: Johnny Football!. You’ve got to love the faith shown by some, or in this case, one. 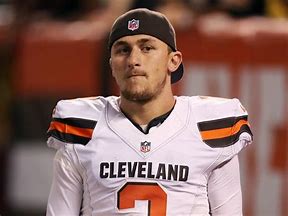 At the time of writing the chat is awash with trade talk. “I really believe we have the best roster in the league,” said Jack. “The team is currently trying to add Johnny Manziel to round out their already deep roster.” I can only hope (being happy to wait until the season starts to decide if my players are crocks or not) that all trades are met with tragic misfortune, leaving me with a smug smile.

The Case of Kawhi Leonard and NBA Tampering

Revis vs. Gilmore: Who was better for the Patriots?