The AFC North has some good talent year in and year out when it comes to fantasy football. Guys like Antonio Brown, Le’Veon Bell, A.J. Green, etc. all play in the AFC North. We also have three talented quarterbacks in that division as well. Ben Roethlisberger, Joe Flacco, and Andy Dalton are all QB1/QB2 options when it comes to fantasy football. The AFC North remains competitive year in and year out, because they have some star talent in that division.  Take a look at the list that @thefrizz87 and I put together for the sleeper pick on each team in the AFC North. 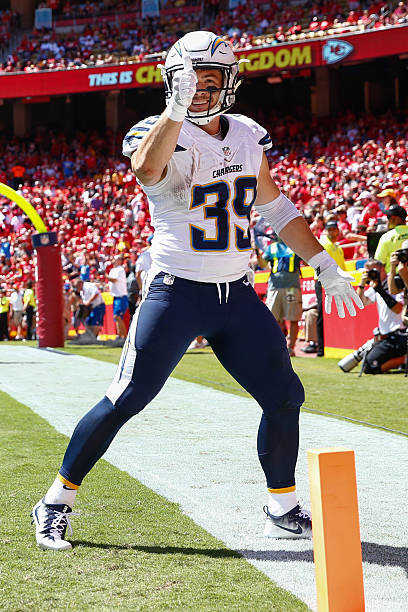 KANSAS CITY, MO – SEPTEMBER 11: Running back Danny Woodhead #39 of the San Diego Chargers celebrated a touchdown agains the Kansas City Chiefs during the second quarter of the game at Arrowhead Stadium on September 11, 2016 in Kansas City, Missouri. (Photo by Jamie Squire/Getty Images)

Former New England Patriot Danny Woodhead is sneakily a real sleeper. The Baltimore Ravens got a great receiver out of the backfield this offseason in Woodhead. Nobody talks about Woodhead as more than a flex option.  That could be true, but with Flacco opting to hit his checkdown a lot means more touches for Woodhead.

Baltimore did not have a solid running back in their system a year ago, and now they could have one of the most underrated players in the NFL. Look to hear more and more from Danny Woodhead as the season progresses. 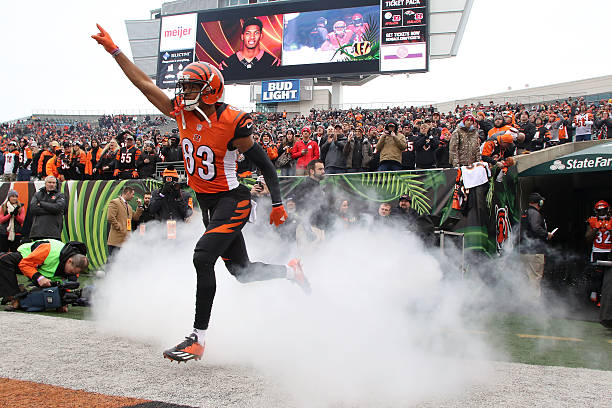 CINCINNATI, OH – DECEMBER 4: Tyler Boyd #83 of the Cincinnati Bengals runs on to the field while being introduced to the crowd prior to the start of the game against the Philadelphia Eagles at Paul Brown Stadium on December 4, 2016 in Cincinnati, Ohio. (Photo by John Grieshop/Getty Images)

Tyler Boyd could move up to the number two receiver on the Bengals depth chart by the time the 2017 season starts.  Well poised for a breakout season, Boyd played very well when A.J. Green injured his hamstring. The second year player out of the University of Pittsburgh has all the essentials for a quality receiver in the NFL. He has good size, good hands, and is a great route runner.

Boyd right now looks solid for a flex spot, but has great WR2 upside if he can get more and more targets. Look for Cincinnati and Andy Dalton to go to Boyd a lot in 2017. 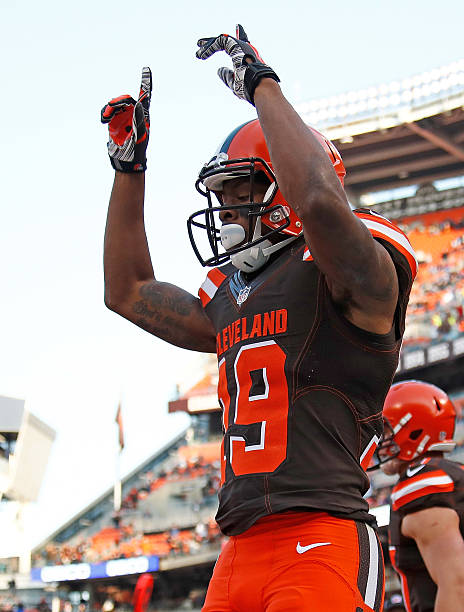 The Cleveland Browns have a great young wide receiver in Corey Coleman. The 2016 first-round draft selection did not play up to Cleveland’s expectations. In his defense, Cleveland not having a set starting quarterback hurt his numbers tremendously. Now they look to be all set at quarterback as Deshone Kizer was named the week-one starter.

Coleman has huge WR2 upside, and if the Browns can get him the ball he will be effective. Look for a healthy Coleman to be a big part of that Cleveland offense. 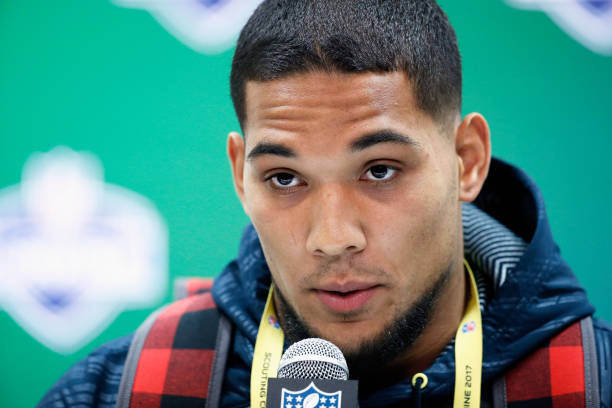 INDIANAPOLIS, IN – MARCH 02: Running back James Conner of Pittsburgh answers questions from the media on Day 2 of the NFL Combine at the Indiana Convention Center on March 2, 2017 in Indianapolis, Indiana. (Photo by Joe Robbins/Getty Images)

The rookie running back out of the University of Pittsburgh is one Le’Veon Bell suspension or injury away from getting some serious touches. A prime example emerged when Deangelo Williams played with Bell was out of the lineup. Conner is a great young running back, and could very well be the future back in Pittsburgh.

With Le’Veon Bell holding out and not playing all preseason, it means that he could start slow and very well be more susceptible of an injury. Also with Bell only playing in sixteen games once in his career makes it hard to believe that Conner could not get some starts in 2017. Looking forward without Bell in the lineup, Conner has very high potential for a RB2 slot.

Matchups to Watch for in Patriots versus Jaguars

The 4 Most Known Professional Sports Clubs in Boston, Massachusetts

Relax, Tom Brady Will Be Fine