Hot Date in Houston for the Sox

Well the Sox just ended the regular season with a four-game series against the Houston Astros. Houston grabbed three of four from the Sox in Fenway. Now, starting Thursday at 4 pm ET, these two clubs meet again for at least three more contests in the ALDS. The Astros won this years season series 4-3 and outscored Boston 35-22 in those seven games. Houston may appear to have an edge, but we all know the MLB playoffs are a crap-shoot.

Houston certainly has the better offense, ranking first in the AL in runs scored with 896. Boston scored 785, not nearly as many as Houston, but still good for sixth in the AL. The Red Sox pitching staff has an edge over Houston with the team ERA for the year standing at 3.70. Houston’s team ERA stands significantly higher at 4.12. While both teams have similarly talented starting rotations, the pitching advantage for Boston comes from their phenomenal bullpen. The Sox ranked 2nd in the majors this year with a 3.15 bullpen ERA. Houston’s bullpen was far worse, with a 4.27 ERA which ranked them 17th in the majors. 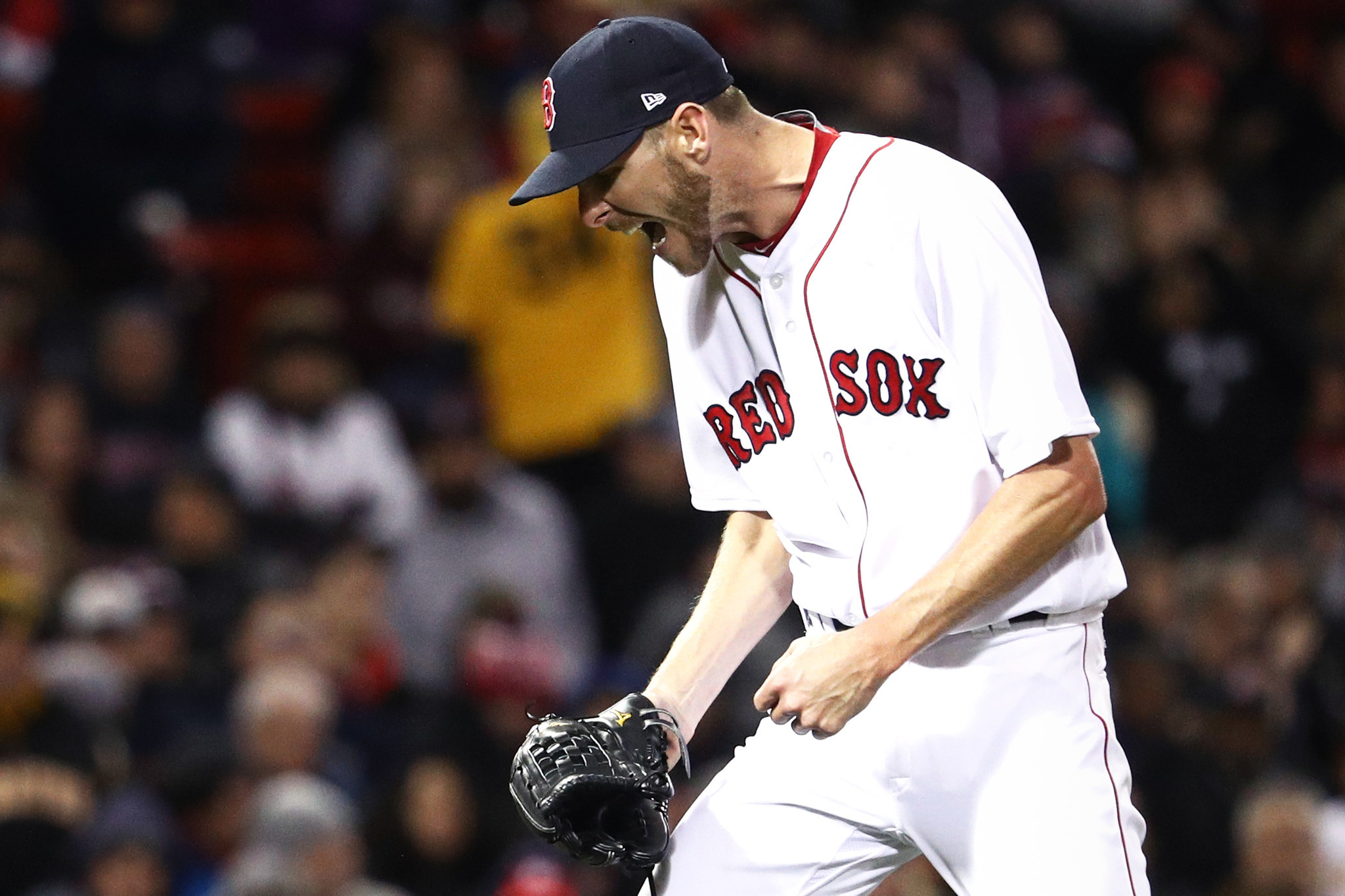 Mouths water over this exquisite pitching match up. Sale and Verlander are undoubtedly two of the very best pitchers in baseball. Sale has the better ERA (2.90) but Verlander comes into the playoffs as one of the hottest pitchers in baseball. The Sox lefty threw an MLB-leading 214.1 innings this year. Verlander racked up the innings as well with 206. It appears Verlander may have handled the physical stress a little better, as his performance improved as the season went on. For Sale, it was the opposite.  He seemed unhittable until the end of the season when his numbers started to fall off. Sale’s ERA over the last month of the season was 3.72, not great for his standards, but still pretty solid. He was under a lot of scrutiny for his poor performance but he actually allowed 0 ER in three of his final six starts. As I mentioned, Sale lead the entire league in innings pitched.  So his poor late-season numbers were likely a result of fatigue. He last pitched on September 26th, so he should be plenty rested come Thursday’s series opener.

Verlander also put together an exceptional year, but very unlike Sale’s season. Houston’s new ace had a rough start to the season with a pre-all star break ERA an uncharacteristic 4.73. This may have had something to do with being on one of the worst teams in baseball (Detroit Tigers). As expected, Verlander was much improved in the second half, posting a 1.95 ERA after the All Star break. He was especially exceptional in the last month of the season, earning five quality starts in as many tries and posted a 1.06 ERA to go along with a 0.65 WHIP. Verlander’s main advantage in this match up is experience.  He has 16 career post season starts and Sale has none. Verlander is 7-5 with a with a 3.39 ERA in his post season career. expect game one to be a low scoring affair despite the high powered offenses. Another great pitching match up here in game two. Many teams around the league would love to have Pomeranz or Keuchel serving as a backup to their ace. Pomeranz has put together a career year posting a 3.32 ERA on the season. A reason for concern for the Sox is that the Astros Lineup is stacked full of great right handed hitters. Houston’s lineup features the league batting title champ (Jose Altuve), Carlos Correa, George Springer, Alex Bregman and Yuliesky Gurriel, all righ- handed batters. However, Pomeranz has handled them well this year. In two starts Pomeranz has thrown 12.1 innings while allowing just seven hits and two ER. Houston batters are hitting only .245 with just eight extra base hits in 102 at bats vs Drew. Boston will need this display of dominance from Drew if they want the win.

Like Sale, Keuchel was scorching hot to start the season, going 9-0 with a 1.67 ERA. Unfortunately for Houston, Keuchel found himself on the DL in June due to a neck injury. He returned in July and struggled mightily, posting a 5.05 ERA in six starts. However, Keuchel did seem to find his groove in August as he went 3-2 with a 2.87 ERA. The bearded lefty seems healthy and locked in as we enter the ALDS. Prepare for another low scoring game in game two. 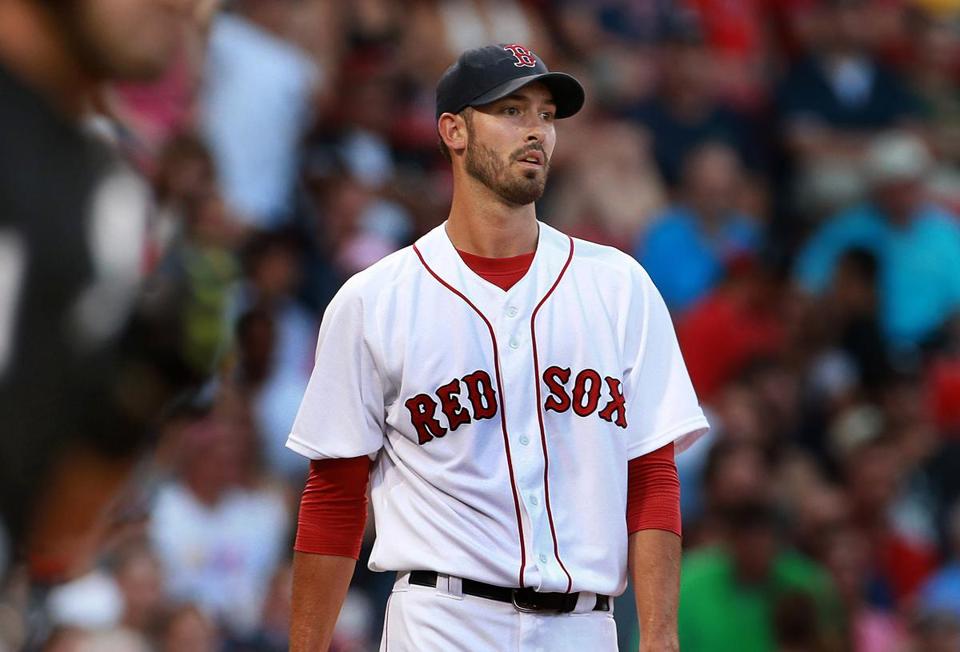 The official pitching match ups have not been posted but this is who I imagine game three will feature. The third post-season starter position for the Red Sox is up for grabs between Doug Fister, Eduardo Rodriguez and Rick Porcello. I believe Porcello is the best option, despite having a disappointing year after winning the 2016 AL CY Young. I am ruling Doug Fister out of the equation due to a horrific final month which he had an ERA of 6.85. While E-Rod has slightly better numbers than Porcello this year, the difference is not enough to overcome his lack of experience. Porcello has certainly not lived up to expectations, but his numbers are skewed by some really poor starts. The quality starts are still there, but the bad ones have just been really bad. Rick has thrown at least 6 innings in 26 of his 33 starts. He has allowed three ER or fewer in 19 starts this year and even has two complete games. If the good version of Porcello shows up for the Red Sox then they have a clear advantage here in game three. Veteran Charlie Morton has put together a career year for Houston in his 10th year in the league. Morton has won 14 games and has an ERA of 3.62. I am leaning towards Houston electing Morton due to his impressive final month which he posted an ERA of 2.54 in 28.1 innings of work. This match up will really come down to Porcello pitching to his potential and keeping his sinker down in the zone.

The History Of The Boston Red Sox: Jersey Number 1-3

On This Day In Red Sox History: The Unassisted Triple Play

Bold Predictions For The 2019 Red Sox