The New England Patriots are once again in the midst of an incredible stretch of success. They’ve won two of the previously three Super Bowls, and are looking to make it three of four next Sunday. Historically, there is a core group of players responsible for this level of success. The 1970’s Steelers boasted an endless group of Hall of Famers on both sides of the ball. The 1990’s Cowboys had the trio of Troy Aikman, Emmitt Smith, and Michael Irvin.

Even the Patriots teams of 2001-2004 had Tom Brady and Troy Brown on offense to compliment Tedy Bruschi, Mike Vrabel, and Willie McGinest on defense in each Super Bowl. This iteration of the Patriots dynasty lacks that core group. There’s been an astonishing change in each Patriots team, which makes the success that more impressive. Different players keep coming through New England’s revolving door of talent, yet the success doesn’t stop.

In theory, the Patriots offense would run through quarterback Tom Brady, receiver Julian Edelman, and tight end Rob Gronkowski. When all three are on the field together, they’re practically unstoppable. The problem is keeping all three on the field. Brady is an ironman, but injuries have plagued both Edelman and Gronkowski over the years.

The trio was able to stay healthy for the entirety of the 2014 season, and unsurprisingly it led to the Patriots finally getting the elusive fourth ring. Since then, keeping both on the field has been a challenge. Gronkowski only played in eight games in the 2016 season and missed the entire postseason. Nonetheless, the Patriots still went on to win the Super Bowl without the big tight end.

2017 could post the biggest challenge of them all. Edelman tore his ACL in the preseason, ending his season before it began. Gronkowski suffered a concussion in the AFC Championship Game against the Jacksonville Jaguars. He seems likely to play in the Super Bowl, but it’s not certain yet. Obviously, Brady is the most important piece of the core, but the fact that the Patriots could win three Super Bowls with that trio only playing in one is nothing short of amazing.

Offensively, the Patriots have struggled to keep the core on the field together. Defensively, the Patriots have constantly rotated the heart of their defense. In 2014, the defense was led by the ferocious linebacker duo of Dont’a Hightower and Jamie Collins, to go along with defensive linemen Chandler Jones and Rob Ninkovich. The secondary was held down by safety Devin McCourty and cornerback Darelle Revis.

Two years later, only Hightower, Ninkovich and McCourty remained from that defense. Collins was replaced by Kyle Van Noy, Revis was replaced by Malcolm Butler (who had a pretty big impact against Seattle), and Jones was replaced by Trey Flowers. All three replacements were able to adequately fill the shoes of their predecessors, and helped New England get ring number five.

Once more, 2017 could be even more of a challenge. Ninkovich retired in the offseason and Hightower went down in week seven. With these losses, Devin McCourty is likely to be the only major star to have played significant snaps in all three Super Bowls. 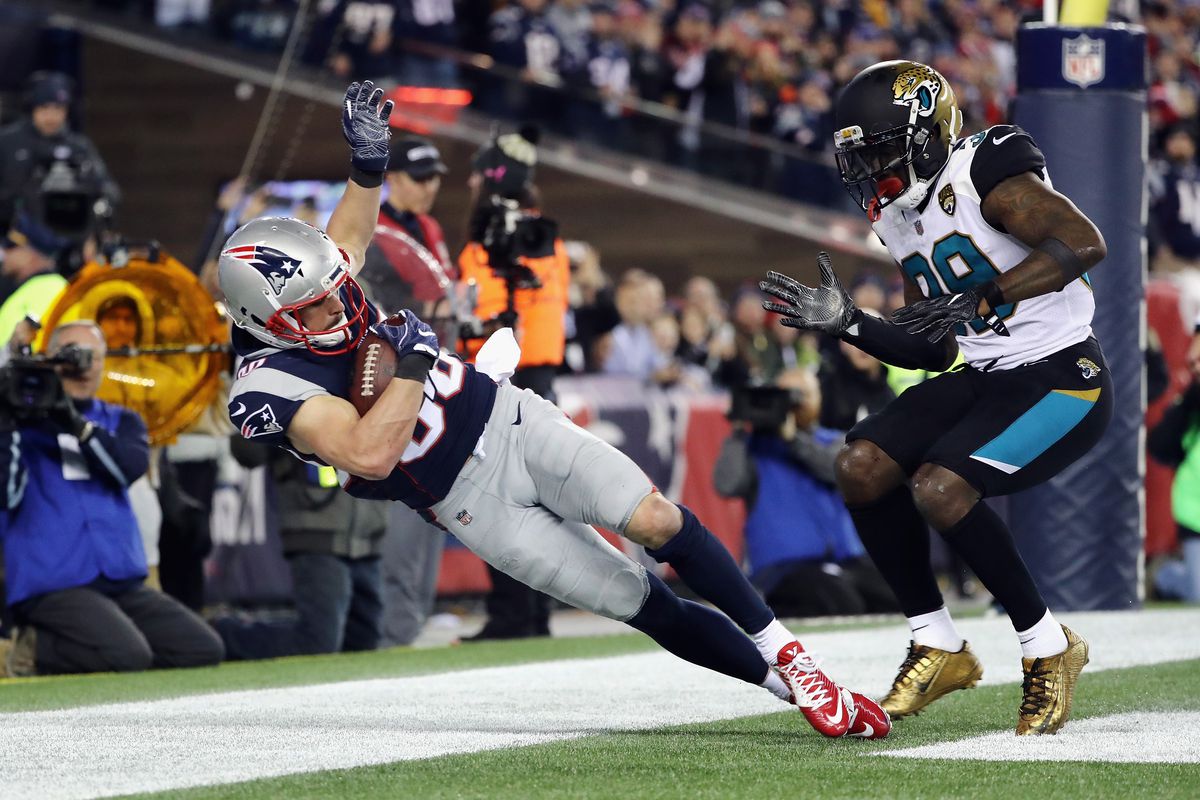 With all of this turnover, how are the Patriots able to remain so successful? Having Bill Belichick as coach and Brady as quarterback obviously help, but they can’t do it alone. Each season, they have depended on their depth to step up. Each season, it’s been a different supporting cast stepping up.

In order to field this much success with that much star turnover, logic would dictate that the group of reserves would stay consistent. Logic would be wrong. Offensively, the only players outside of Brady to have seen all three Super Bowls are receiver Danny Amendola and left tackle Nate Solder.

The only running back left from the 2014 squad is James White, who wasn’t even active for Super Bowl 49. LeGarrette Blount and Shane Vereen starred against the Seahawks, while White stole the spotlight against Atlanta. This year, the backfield is likely to be headed by Dion Lewis and Rex Burkhead.

Amendola has consistently served as Brady’s security blanket in the playoffs, but the pass catching depth around him has been constantly changing. Brandon LaFell was the guy in 2014 before Chris Hogan and Malcolm Mitchell took over the outside roles in 2016. With Gronkowski sidelined, Martellus Bennett became the primary tight end in 2016. This year, the outside receivers are likely to be Hogan and Brandin Cooks. If Gronkowski can’t go, Dwayne Allen will become the top tight end on the depth chart.

Over the three Super Bowls, Brady is likely to lean on five separate running backs, six receivers, and possibly three tight ends. That averages out to a completely new starting cast every single season. No offense should be able to function at this level of efficiency with this much turnover. In spite of that, somehow the Patriots manage.

The defense has gone through even more turnover. Hightower is the last player left in the front seven from the 2014 Super Bowl squad, and he’s missed the majority of the season. New England has completely redone its defensive front in four years, and still managed to put together a Super Bowl caliber unit.

The secondary has had relative consistency, but there’s still been moving parts. The safety trio of McCourty, Patrick Chung, and Duron Harmon have been a part of all three units. Butler’s been in all three Super Bowls, starting two. The opposite cornerback spot has constantly rotated. In 2014, it was Brandon Browner. In 2016, it was Logan Ryan. With Ryan’s free agent departure, Stephon Gilmore was signed to fill the role.

Success isn’t supposed to happen like this. Teams aren’t supposed to consistently dominate in the face of constant change. This ability to succeed in the face of a consistently different cast of players truly highlights what makes Brady and Belichick so special. It doesn’t matter who they put out there, as long as that duo is around, the Patriots will always be the team to beat.

The Patriots barley get a win over the Bears

Belichick Gives His Opinions on Rams/Chiefs on Monday Night Football

Rob Gronkowski will most likely be back