Father’s Day is a day of celebrating fatherhood and their influence on society. On June 15, 2018, two days before Father’s Day, this tweet was sent.

Twitter blew up. People from all fan bases were showing their support.

These people and many more did their part and raised the attention of the tweet. The Patriots organization reached out.

Both Robert Kraft and Matthew Slater had recorded messages for LB’s dad.

Thank you again to EVERYONE. To everyone who RTd and made this happen. To the entire Patriots organization. To Mr. Robert Kraft. Thank you from the bottom of my heart. pic.twitter.com/7UR4TTP8Vv

Matthew Slater wishing my father a Happy Father’s Day. This team man. Thank you Matthew Slater for this. Thank you @patriots for being the golden standard of sports in knowing how to treat its fans. pic.twitter.com/vld4tPEZi7

Jacob Hollister also reached out and showed his support.

The fact that this happened is just heartwarming. It didn’t matter what fan base people were from. It mattered that at the end of the day, we were all compassionate human beings. This game we love brought us together, and it allowed a lifelong fan to be made special in his final moments. The Patriots did truly do a beautiful thing and touched the hearts of a whole family. LB, lots of love and prayers coming for you and your family. Stay strong and keep the faith.

Here is a link to a LB’s GoFundMe page. His family does not have the necessary funds to grant his father’s wishes and be cremated. Any donations are greatly appreciated. 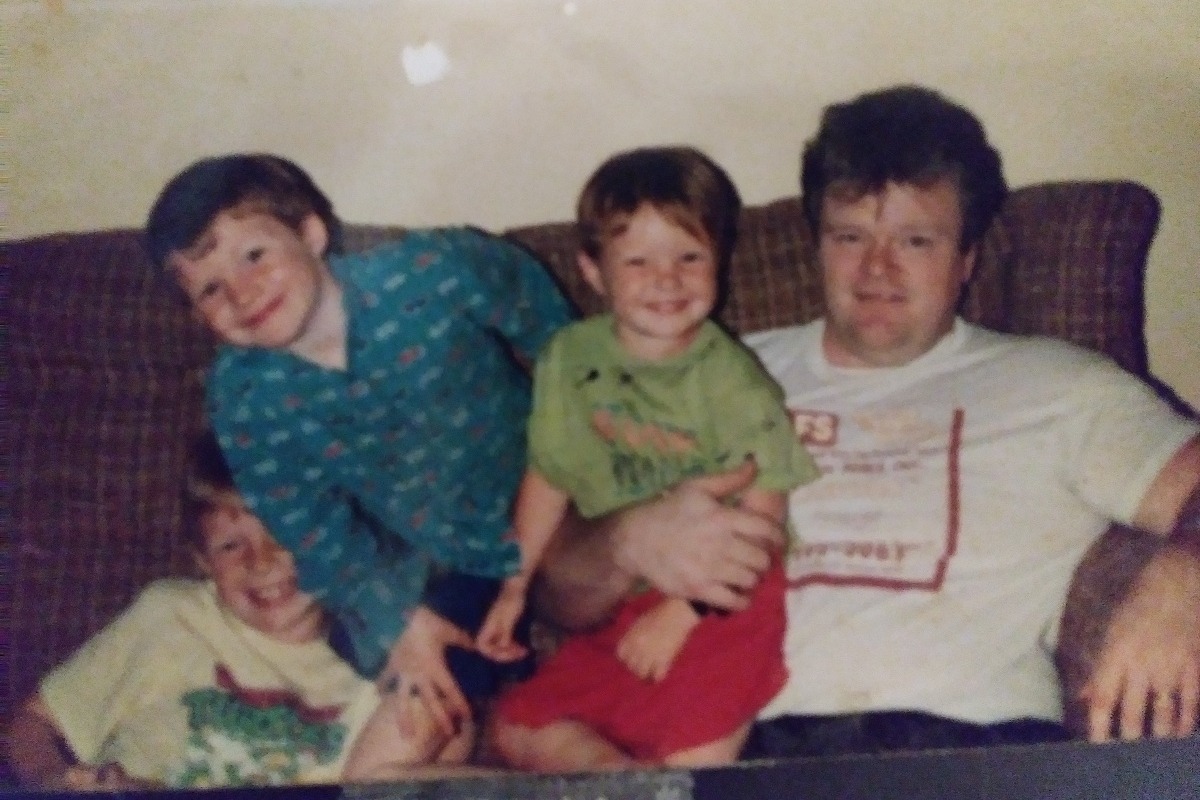 LB with his father at a young age

A Reunion with Collins