Young, talented, and fast, the 21-year-old right winger is making some important plays as the Bruins look to make a deep run in the Stanley Cup Playoffs

The story has been writing itself for this year’s Boston Bruins. From a rocky start to becoming a dangerous team to play against, there’s no question that this team is special. From the explosion of youth to the “never give up” attitude this team has developed, there’s one particular line that’s leading the team. Prior to losing Patrice Bergeron, the first line consisted of Bergeron,  Brad Marchand and a young Czech player named  David Pastrňák. As Bergeron sits out while healing from a fractured foot, Marchand and Pastrňák have pushed more aggressively towards the net and are scoring goals. And even though he’s not new to the league, Pastrňák is right behind Marchand in goals, assists, and points.  Did I mention he’s only 21 years old?

From the 2014 draft class, David Pastrňák has proven to be one of the best NHL caliber players the Bruins have drafted. A quick look at his stats this season puts him at 70 points through 71 games, (42 in assists and 28 goals), making him almost a point-a-game player. The young winger also leads the 2014 draft with 87 goals ahead of the Oiler’s Leon Draisatl, who signed an expensive contract at eight years for $68 million.  But just because you sign a hot rookie to an insane contract doesn’t guarantee a spot in the playoffs. The Oilers are struggling this season; the same can’t be said of the Boston Bruins.

PUTTING SOME SAUCE ON IT

Last year, fans got to see the young Czech enjoy his breakout career and under new coach Bruce Cassidy, things only started to flourish.  As the Bruins were gearing up for the 2017-2018 season, Sweeney and Co. had yet to sign the young winger. Let’s just say, it was a bit tough to read reports that “Pasta” was still in Europe. And the rumors of playing in the KHL? Personally, that was a terrible threat with no credible backing. With training coming up, getting the news that Pastrňák was finally on his way to Boston made fans collectively breathe a sigh of relief.

By mid November, Cassidy had made a few changes and moved Pastrňák to play on the first line (a move that’s proving to be working for the Bruins).  And while Pastrňák doesn’t score goals every night, (not many players can) he’s there assisting his linemates, Brad Marchand and Riley Nash. After a brief benching earlier this season, Pastrňák didn’t sulk; he came out ready to get back into the game. And with any young player, there’s always a period where you either get stuck in a sophomore slump or you take the advice from some tough love only to come out with a bang. The motivation hasn’t stopped there for Pastrňák.

A STAR THAT WON’T BURN OUT

As the Bruins continue to play with half their roster, it’s time for the entire roster to step up. And for Pastrňák, nothing could be sweeter than netting your first career hat trick.  In a recent game against the Hurricanes, the Bruins were down a 4-1 deficit when the Black and Gold scored five unanswered goals in the 3rd. The young Czech player found the puck in the back of the net three times, lifting the B’s over Carolina for a stunning comeback win.

“We looked kind of tired and no energy, and then we get a couple of goals and all of a sudden everybody is flying. Everything clicks for us. I guess we all wished we knew how to turn it to click. I said I think a big part is we are a good team and we have a lot of good players.”

At just 21 years old, Pastrňák now has the most game-winning goals in franchise history for a player prior to reaching their 22nd birthday. Not quite a veteran and no rookie by any means, Pastrňák has matured quickly and proven to be an incredibly valuable player for the Boston Bruins. And it shows he cares not only for the team but for the game. Earlier in the game against Carolina, a turn over by Pastrňák led to the ‘Canes to score their fourth goal. But as the story goes, you can’t count this team out and it was Pastrňák’s time for some late redemption. Cassidy had this to say:

“That’s a sign of maturity that he cares… He figures he let the team down. He has to go now do something to pick them up again and he certainly did that. Good for him. We need it. Let’s face it, your top guys have to be your top guys.”

Dynamic is one of many words used to describe one of the Bruins most likable player. With seven of the team’s top hitting players out with injuries, it’s players like David Pastrňák that you count on while playing clutch. With his skilled shot on net and speed, the young Czech will continue to grind out goals, set up important plays and most importantly, continue to smile. And for fans, it seems the right winger is right at home in Boston.

“…This is where I started playing my NHL hockey and I want to spend as much time here as I could. I wish for my whole NHL career.” 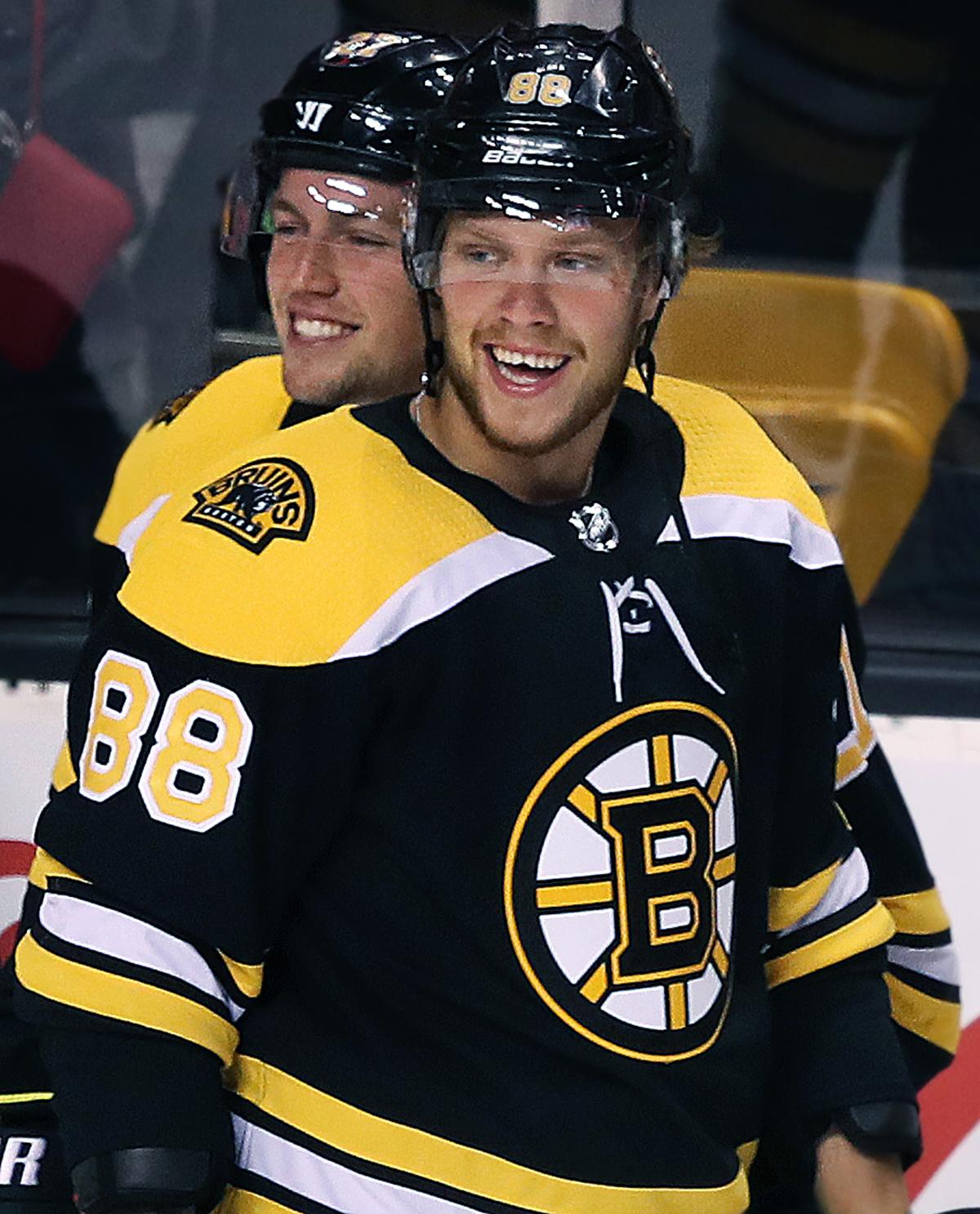 Keep smiling David, ’cause we are.

Bruins Keys to Rematch with Avalanche