Recap of the Patriots’ Preseason Week 2 Loss in Houston

The Patriots returned to Houston for the first time since their Super Bowl victory at NRG Stadium 195 days ago. The memory of that monumental win (including some confetti left over from the game), still sat fresh in the minds of Patriots’ veterans and coaches. Unfortunately, the outcome of the preseason match-up against the Texans did not live up to the team’s expectations. Though, still early in the preseason, the Patriots have shown struggles on both sides of the field. At the same time they have shown hints of talent in certain positions. This is to be expected to happen when the team inserts players into certain schemes or situations in a game to see their long term worth. These are the most prevalent aspects to take away from this loss:

Burkhead showed early that he can keep up with offensive coordinator Josh McDaniels’s interchangeable game plan. He made a short appearance in the game lining up in the backfield, however performed well as a receiving back for Tom Brady. Rex ran for 20 yards on seven attempts but his stats were more impressive catching the ball, racking up 50 yards and a touchdown from 3 catches. Burkhead’s highlight of the game was being able to pull away from his defender in the second quarter to easily haul in a touchdown pass from Tom Brady.

Rex Burkhead is slated to become a special teams threat and has the potential to make plays like this, accumulating reps from both on the ground or in the air. Rex has strong competition at the running back position behind Mike Gillislee, James White, and Dion Lewis, but he can serve his purpose in special situations on offense for the Patriots. He is stocky and quick enough to run the ball in on the goal line, and at the sametime share reps with James White as a receiving back.

So far in this preseason the Patriots defense has been less than perfect. The backups have looked sluggish and have struggled to make plays. Two missed tackles on a slant route in the third quarter led to a whopping 63 yard gain for Texans’ D’Onta Foreman. A short pass that turns into a huge gain is never pretty for a defense, especially backups fighting for a job.

The drive ended with another defensive breakdown where Kony Ealy failed to bring down Deshaun Watson in the backfield. Deshaun Watson then capitalized by running up the middle of his offensive line and into the endzone with ease. Kony Ealy is presumed to start at defensive end, mistakes like this should be corrected before the season starts.

Malcolm Butler, another starter for the defense, gave up a touchdown in broken coverage in the first quarter. This is an issue which certainly needs to be worked on before the regular season begins. 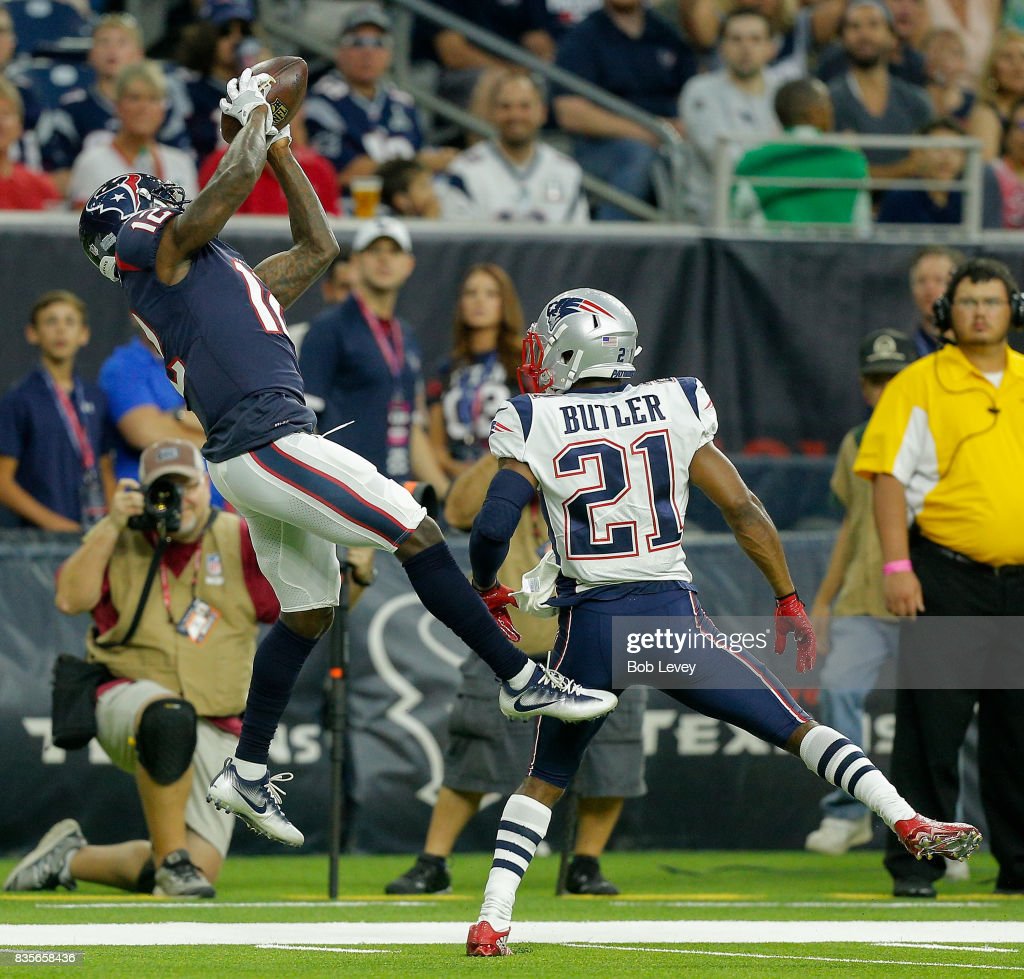 The backup offensive line did not protect Jimmy Garoppolo to their best ability to say the least. Defensive pressure and failed coverage led Garoppolo to make some mistakes against the Texans. He gave up a fumble due to a failed blocking assignment in the third quarter and more of the same lead to an interception in the early stages of the fourth. In general Garoppolo did fairly well despite the turnovers. It definitely would have helped if he had more time to set up in the pocket from play to play. Offensive line coach Dante Scarnecchia transformed the Patriots’ offensive line back to its former dignity in his first season back with the team last year, but this preseason has shown some regression with the backups, showing he has some work to do in next week’s practices.

Cyrus Jones has actively been trying to fix his special teams problems from last season. In his rookie season he fumbled the ball five times and was ultimately pulled from the return team. This preseason, the Patriots have been giving him chances to return the ball again, and has so far impressed coaches. After the game Coach Bill Belichick praised Cyrus’s work, saying to the press, “I though Cyrus did a good job in the return game, both in punts and kickoffs. Ran hard. Ran aggressively. Made good decisions with and without the ball. Had a couple of situations where the ball either hit the ground or was going out of bounds. I thought he did a nice job”.

Coach Belichick’s words might translate into Cyrus regaining his returning role back, and certainly will help him gain opportunities to return the ball for the team in the final two preseason games.