The Buffalo Bills took care of business against the New England Patriots back in Week 4, 16-0, but the attention went to an altercation between the two sides before kickoff.

Buffalo coach Rex Ryan says his players reacted to the Bills walking through their portion of the field during warmups, a violation of an unwritten rule.

The explanation, via ESPN’s Mike Rodak:

I mean, you got your spot on the field where you’re supposed to be, and that’s just the way it is. It’s always been that way for the 20 years I’ve been in the league and much longer than that.But trust me, it’s no big deal. I’ve never thought one second of it. It’s about the game, and that’s all that matters.

This supposed act of intimidation mostly came via inexperienced New England quarterback Jacoby Brissett, who got shoved around to start the skirmish: 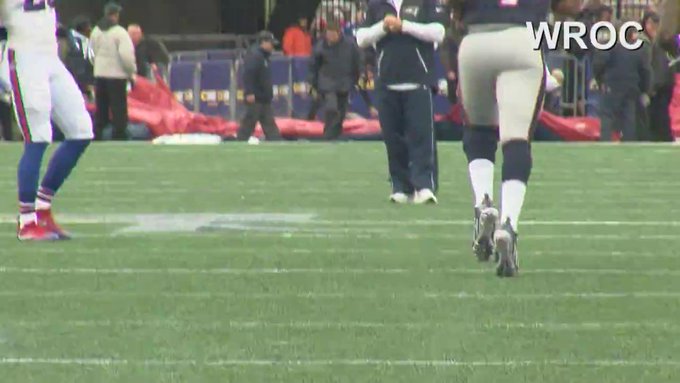 Here’s a better quality video of the #Bills and #Patriots shoving match from earlier. Robert Blanton starts it by shoving Jacoby Brissett.

A childish littler altercation either way, no matter what side of the fence one decides to believe, and something unlikely to affect NFL online betting.

The Bills and Patriots have a rematch this weekend, a game that will feature Tom Brady this time. That deserves the attention, but rest assured more will go to warmups and where players stand or walk according to these unwritten rules.

The Patriots and the Pony Express