It’s no secret that the New England Patriots need a second cornerback in free agency, and it looked like two perfect targets could fall into their lap. Longtime stars Aqib Talib and Richard Sherman were both available, yet the Patriots couldn’t acquire either. While having one of those two on the team certainly would have made the team better, it’s not the end of the world that the Patriots didn’t get them. Richard Sherman and Aqib Talib were luxuries, not necessities, and the 2018 Patriots can build a great defense without them.

Where the Secondary Currently Stands 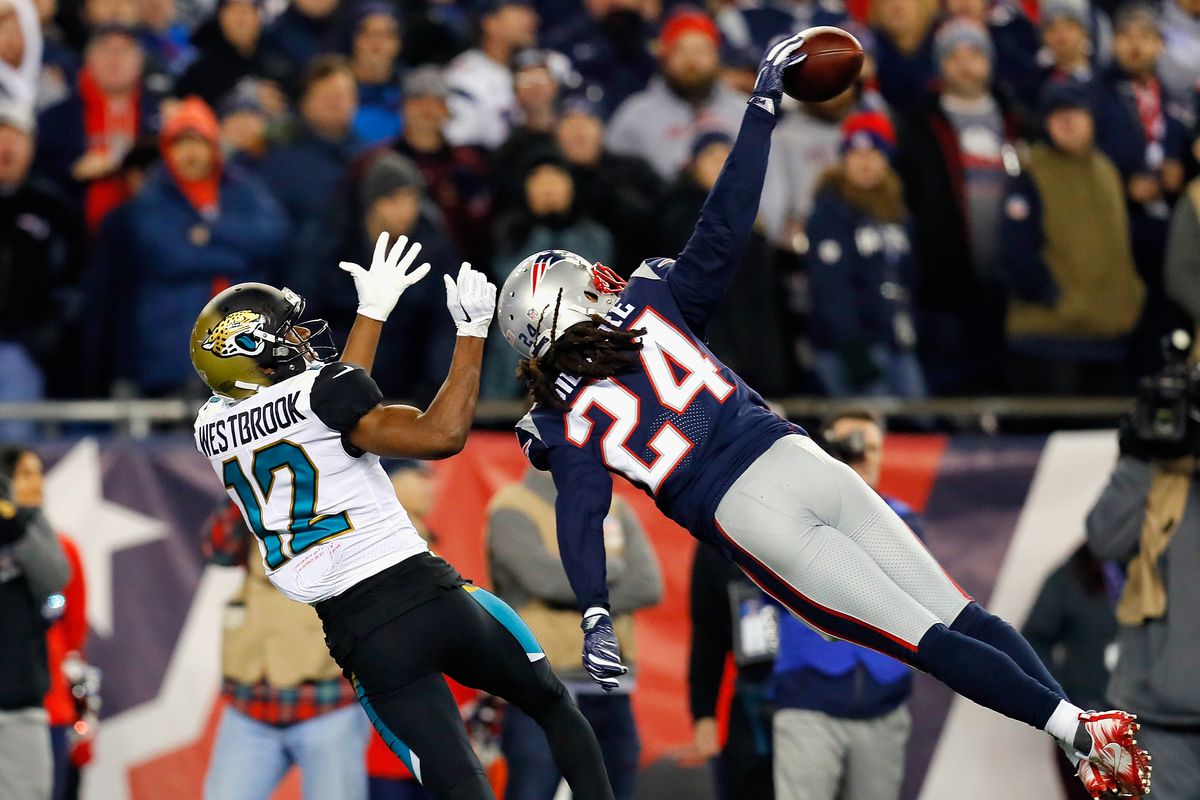 The secondary has some pretty good talent in it

The second cornerback position is in something of a flux, but the rest of the starting secondary is in great shape. Stephon Gilmore proved to be one of the best free agent signings in recent Patriot history, and Devin McCourty and Patrick Chung are among the best at their position. Add in Duron Harmon coming off the bench, and New England should boast one of the better secondaries in football, regardless of who lines up opposite Gilmore.

With that in mind, the Patriots don’t need a superstar at the second corner position. Should they choose to spend big, Los Angeles Rams cornerback Trumaine Johnson is the best guy on the market. He’s younger than both Talib and Sherman, and is roughly the same caliber of player.

However, the Patriots will likely go the cheaper route, which means they’ll probably target players like Jacksonville’s Aaron Colvin or Indianapolis’s Rashaan Melvin. Colvin was mostly utilized as a slot corner because he was buried behind the best cornerback duo in football, but he’s performed well when he’s been called upon. Despite his bad 2015 cameo with the Patriots, Melvin actually has two good years of film from 2016 and 2017 with the Indianapolis Colts. His market seems small, so he could be a good buy low option for New England.

Dont’a Hightower’s return will help the defense, but it won’t fix every issue

It’s no secret that the defense wasn’t great last season. While it wasn’t as bad as the Super Bowl made it look, it was one of the weaker Patriots defenses in recent years. This was due primarily to the front seven.

New England’s front seven struggled getting to the quarterback. They finished the year ranked seventh in sacks, but most of that was due to the coverage from the secondary. The Patriots had one of the worst average sack times in football, and they didn’t possess enough pass rushing options. Opposing teams typically focused on taking away Trey Flowers, and nobody else could step up. Losing star linebacker Dont’a Hightower hurt too.

The Patriots only have so much cap space and resources, so this is where the main focus should be. There are several good fits on the market, and it would be a surprise if New England didn’t invest a high draft pick into a linebacker and/or an edge defender. They’ve already solved the interior run problem by trading for Danny Shelton, but he won’t help the pass rush.

If New England can find one or two players capable of getting to the quarterback, it won’t matter who the second cornerback is. Think back the Seattle Seahawks’ famous “Legion of Boom” from 2013. They had a star linebacker, a ferocious pass rush, and three superstars in the secondary. The second cornerback, Byron Maxwell, wasn’t anything special, but he didn’t have to be because the rest of the unit was so good. The 2018 Patriots defense won’t be as good as that generational unit, but they’re built similarly.

Yes, the front seven needs help, but there isn’t one specific player that can fix that. Several key players like Dont’a Hightower and Derek Rivers are returning from injury, and New England has a series of high draft picks to use. Their biggest priority isn’t even on the defensive side.

Longtime left tackle Nate Solder is hitting free agency, and the Patriots cannot allow to let him go. Solder is one of the 10-15 best left tackles in the league, and has been paramount to keeping Brady healthy these last few seasons. With the quarterback now 41, Solder has never been more valuable.

The market behind Solder is abysmal. Solder’s the only starting caliber tackle available in both free agency and the draft. This makes for a great situation for Solder, but a bad one for New England.

Solder is likely to receive offers for more than what he’s probably worth. He’s going to get paid like a top-five tackle, even though he’s not quite that type of player. New England has to match those offers. Yes, they would be overpaying, but the cost of letting him go is just too high. If it means the Patriots can’t afford Johnson or Bills linebacker Preston Brown, then so be it.

Everybody asking for Belichick’s head for missing out on Sherman and Talib need to calm down. Both players would have helped for the right price, but neither one was a necessity. The biggest issues for the Patriots right now are re-signing Solder and fixing the front seven. Belichick has already started to fix the run defense with the Shelton trade, and free agency hasn’t even started yet. We’re a long way from Week One, and there’s still plenty of time to build a roster.

The Best of the Patriots This Week