Boston Celtics basketball is back.

The first game of the regular season for the Boston Celtics did not disappoint. Both teams got off to a slow start, but Boston was able to pull away heading into the fourth quarter and didn’t look back. By the end of the game, the entire team was firing on all cylinders. 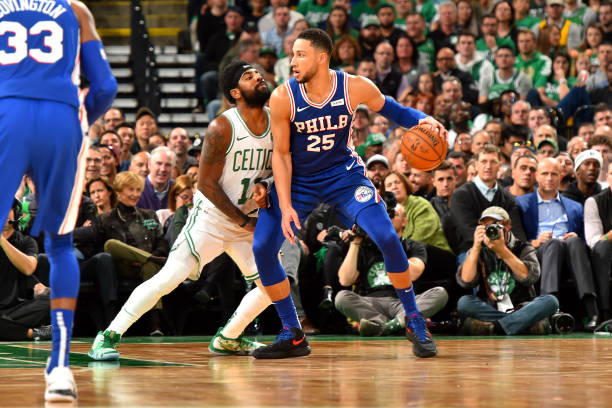 1. Kyrie Irving off to a slow start

Though the Celtics pulled off the win, Kyrie’s absence on the offensive end was notable. In the first half, Irving didn’t score a single point, going 0-8 from the field. He finished going just 2-14 from the field for 7 points. That included one two, one three, and two free throws. Fortunately, the rest of the team was able to pick up the slack on the offensive end. Hopefully, Kyrie can get his scoring swagger back in time for Friday’s tilt.

However, he did finish with seven assists, and was also a +9 plus/minus, so his performance wasn’t poor. It’s unlikely this scoring relapse will carry over into the next games.

While Kyrie struggled from the field, Jayson Tatum was the leader on the offensive end of the court. He finished with a game-high 23 points on 9-17 shooting from the field. He also looked at times to be the commander of the court, often times serving as the primary ball-handler.

Tatum had a number of sweet pull-ups, and a beautiful drive and dunk, as well. Near the end of the game, he also took Joel Embiid to school on a free throw line jumper. The NBA sophomore looked confident on the court, and it showed in the box score. 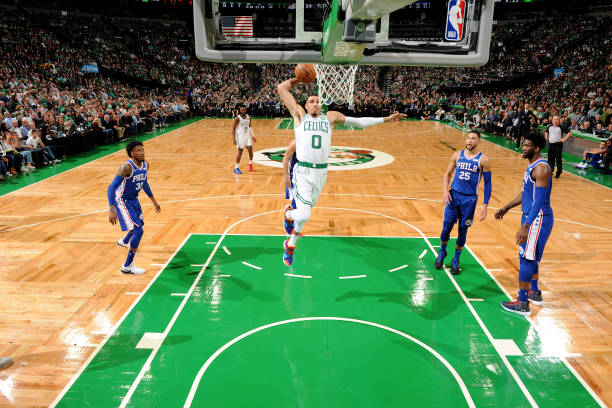 3. Defense looks as strong as ever

The staple of the Boston Celtics looks to be the same as ever: defense. Boston was able to hold Philly to just 87 points in the opener. They also forced 16 turnovers, including 10 in the first half alone. Leading the defensive effort was Al Horford, who had 5 blocks and affected multiple other shots at the rim.

It’s obvious that the defense won’t be an issue this season, as if that were ever a question.

The forward made his Celtic debut at the TD Garden, playing 24 minutes and scoring 10 points. While it wasn’t the greatest performance, it was most certainly encouraging to see him back on the court scoring buckets. 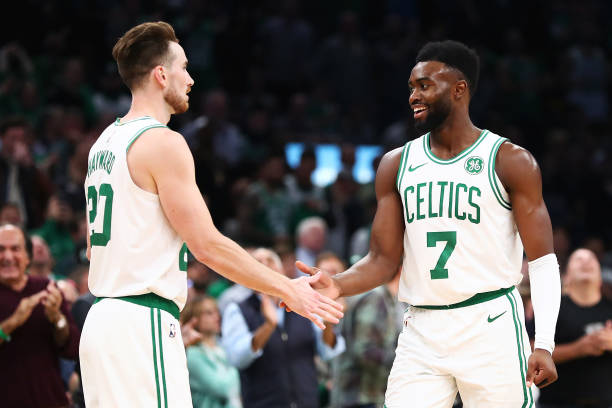 An emphatic performance in the season opener was surely an awesome sight for Boston Celtics fans. They’ll look to keep the momentum going on Friday against the Toronto Raptors in Canada.

Who Can Trade For Kawhi Leonard