Top 5 Most Disappointing NFL Teams of the Season

Awful season for the Pack, and yes, I know Aaron Rodgers missed the better part of it. Of course, it would be unfair to expect them to remain a premiere team with an inexperienced rookie under center. However, can they really be considered a great team if they can not win without Aaron Rodgers? They were 4-1 prior to his injury in Week Six and were 3-6 without him. I think this confirms the notion that Green Bay is not a good team, Rodgers is just a phenomenal quarterback. Luckily for Green Bay, Rodgers will be back and healthy for next season. However, they have to be a little concerned about the state of the rest of the team, considering the fact that they fold like a two dollar lawn when Rodgers is not playing. 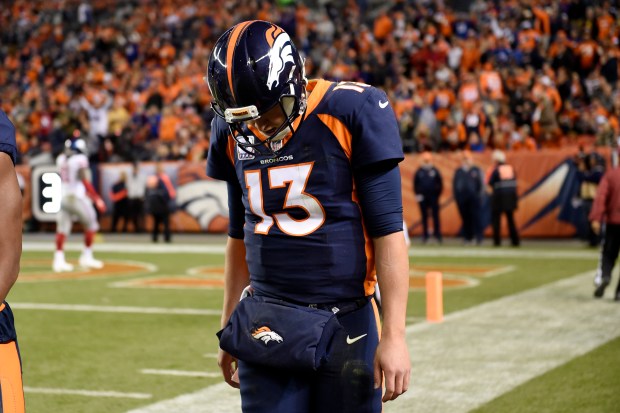 The Broncos have been lead by a dominant defense over the past few seasons. They have not really had much offensive firepower since the Manning days, but a viable offense was always enough to get by. It looked like they would use this recipe once again to compete for a playoff spot this season. However, this plan did not go as expected. There were certainly concerns regarding their offense this year, specifically at QB. They have a talented group of wide receivers and a solid run game with CJ Anderson. Unfortunately none of their three quarter backs could play well enough to allow the defense to win them games. It is safe to say that the Siemian, Osweiler and Lynch experiments all failed.

The dreadful offense was actually so bad that it affected the effectiveness of the defense. Denver’s inability to sustain drives forced the defense to constantly be on the field for 35 minutes or more all season long. No matter how talented, there is no defense that will be able to stay fresh and healthy while being on the field that much. Hey, at least Denver was bad enough to land themselves a solid first round draft pick. They may want to consider drafting a QB that can throw the ball.

This was supposed to be the year for the Bucs to make a playoff run. It was Winston’s third year in the league and it appeared that he may have had enough experience to lead this team to a great year. Well, unfortunately, he was responsible for the steep regression of the offense. Last year, Jameis threw 28 TD’s and 18 interceptions in 16 games. Not great numbers, but it was reasonable to think he could reduce the turnovers this year. He did manage to do that thanks to an injury that forced him to sit out for three games. This year he only threw 19 TD’s and 11 interceptions while his QBR dropped from 64.7 to 50.3.

Winston was not the only one to blame for Tampa’s struggles though. The defense was horrendous as they ranked 22nd in points allowed per game and dead last in yards allowed per game. What looked like a bright future for Tampa may in fact not be so bright.

2016 was a whole lot more fun for the Giants than 2017. Many expected them to struggle last year but they went 11-5, riding one of the leagues best defenses. In 2017, it was the exact opposite, they were expected to be a great team but ended up being the second worst. Maybe they should try to suck next year, in hopes that they can continue the trend? Anyways, in 2016 they ranked 2nd in the league allowing 17.8 points per game. It was quite the turnaround in 2017, as they ranked 27th in the league allowing 24.3 points per game. With Eli Manning’s struggles and the loss of OBJ, those defensive numbers are not going to cut it. I think this team as a whole, especially Eli will benefit greatly with a coaching upgrade from McAdoo.

In my opinion, the Raiders were by far the biggest disappointment of the season. Many assured they would make the playoffs, possibly even make the Superbowl or perhaps even win it. Well, lets just say the answer was D, none of the above. Everything went wrong for this team. Derek Carr was not close to the guy he was last year. Amari Cooper continued to be inconsistent. Marshawn Lynch is evidently no longer Beast Mode anymore, as he averaged less than 60 rushing yards per game. The defense was picked apart all year. The secondary was particularly bad as they ranked 26th in the league in pass yards allowed per game. From 12-4 to 6-10 with a very similar looking roster and coaching staff is puzzling. With the recent firing of head coach Jack Del Rio, we will have to see how this team performs in the future. I supposed the only positive to take away from this season is the fact that they managed six wins in a tough division while playing their absolute worst. For Oakland fans, lets hope this year was a representation of this team’s floor.

Lamar Jackson Is Ready for the NFL Draft

The Patriots Should Trade For Josh Rosen

Nobody Likes the Atmosphere at One Patriot Place