Two Minute Drill: Every AFC Team’s Season in a Nutshell

Josh McCown proved he can still play at age 38, maybe better than he ever has. As a team, the Jets proved they respect HC Todd Bowles as they fought hard in every game this season. This group certainly exceeded everyone’s expectations. Unfortunately for the Jets, exceeding expectations means going 5-11.

A very rocky season full of highs and lows, rather typical for Buffalo. What was not typical for the Bills was making the postseason for the first time in 17 years. Hey Sean McDermott, I have an idea for next season; maybe don’t bench Tyrod Taylor for Nathan Peterman. Just a thought.

The Dolphins are always so unpredictable, you never really know what to expect from this group. However, two things remain constant.

Pretty Typical season for the Pats. The world ends after a few tough losses. The media claims Brady has “nothing left in the tank.” Brady puts together an MVP-caliber season. The Patriots finish first in the AFC East at 13-3. New England has again found themselves on their way to another AFC Championship game following a game against the bye wee- I mean Tennessee Titans.

Much like Brady, Big Ben silenced his haters with efficient play in the second half of the season following a rough start. Teams still do not have an answer for Le’Veon Bell or AB. Pittsburgh is a home win away from earning the privilege of losing to New England in the Conference Championship.

Gotta give credit to these guys for their scrappy nature and ability to find ways to win games. Baltimore finished 9-7 with a non-existent offense and the worst version of Joe Flacco we have ever seen. On the other hand, I want to take away any credit I gave to them for losing to Cincy at home in a scenario in which a win would have clinched a playoff birth (facepalm).

The Bengals flat out sucked this year. Their highlight of the season was probably the three-point loss in Green Bay when Rodgers was still healthy. However, the Bengals did one thing better than everyone else this year; play the spoiler role. In weeks 16 and 17 they knocked off the Lions then the Ravens to eliminate each team from playoff contention. Also, Marvin Lewis IS back for next season.

The Browns season could be symbolized by a big pile of something else that is typically brown. If their season goal was to put together their best ’08 Lions impression then might I say “Job well done boys.” Unfortunately, I think their goal was probably to win a game, which they did not do. 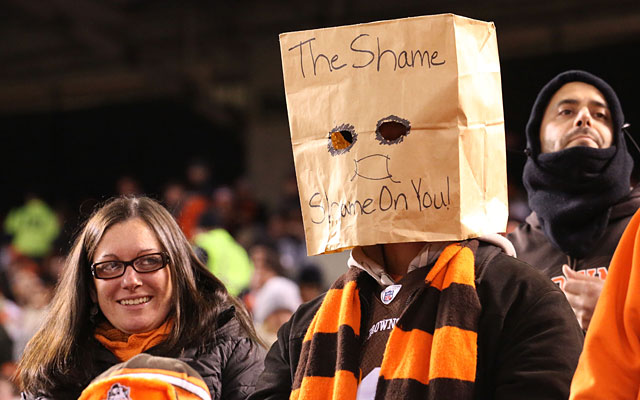 Ahh finally, a good team, tough to come by in the AFC. The Jags were certainly one of the biggest surprises of the season. Finishing 10-6 is rather impressive considering no one really projected this team to even be in the playoff hunt. The key to their success? Calais Campbell + Malik Jackson + Jalen Ramsey + AJ Bouye = nightmare for opposing QB’s.

No luck for the Andrew Luck-less Colts. If there is anything positive to take away from this season it may be Jacoby Brissett. Nothing too special stats wise but the kid did a pretty decent job this year. Considering the fact that he was given a bottom-three offensive line and defense, he deserves a little credit. 17 total TD’s compared to just seven interceptions isn’t too bad given the circumstances.

Strange season for the Titans. Many expected improved play by Mariota would lead to Tenneessee winning the AFC South rather easily. However, they played pretty poorly all year but  ended up with a 9-7 record, thanks to an easy schedule. They somehow won their wild card playoff game in KC And now head to New England for a true test.

Every team has to deal with injuries, but the Texans may have had the most injured team in the league. Of course, good teams learn how to play without key players. However, the fact of the matter is that sometimes too many key injuries is simply too much to over come. The loss of JJ Watt and Whitney Mercilus pretty much ruined the foundation of this defense, then losing Deshaun Watson was the final blow. Bright future for this team though.

It was a season of streaks for the Chiefs. It went hot, cold, hot, out. they started the season 5-0. Then lost six of seven to drop to 6-6. Then finished the season on a four-game win streak to finish 10-6. Right as it looked like they were back on track, they lost to the Titans at home in the first round of the playoffs. Yes, the Tennessee Titans.

I firmly believe that this team was the most unlucky of all the NFL teams. They had a reputation of not being able to close out games. Early on this year they were having that issue. They lost three of their first four games by a combined seven points. Two of those games could have been won with a Younghoe Koo last-second field goal. However he decided to miss both. They got red hot mid season but ultimately came up short.

Probably the most disappointing team of the season. So much promise from last years excellent effort turned out to be a whole bunch of mediocrity, at best. Where was the Derek Carr of last year? What happened to the fearless nature of “Black Jack Del Rio’s” team we saw last year? The best thing the Raiders can do is forget this season happened. Luckily they have a football genius coming into town to take over the head coaching job.

Another disappointing AFC team. An elite defense was made mediocre thanks to an abysmal offense. Of course, QB is the most important position in football, but teams can still get by with a viable QB under center as long as the defense is solid. Unfortunately, the Broncos QB’s couldn’t hit water if they fell out of a boat. Trevor Siemian? No. Brock Osweiler? No. Paxton Lynch? No.

The Patriots will always be the best at what they are good at: Winning!

Patriots’ Picks in the First Round of the NFL Draft