Two Minute Drill: Every NFC Team’s Season in a Nutshell

The Eagles were one of many pleasant surprises out of the NFC this season. They managed a 13-3 record despite losing Carson Wentz for the final three games of the season. Unfortunate injury for Philly, but solid play from Foles and elite defense has carried the Eagles into the NFC championship.

At various points throughout the season Dallas looked like a force to be reckoned with. At other times not so much. When this team is healthy (and not suspended) they can be elite. The problem is Sean Lee can’t stay healthy and Ezekiel Elliott couldn’t hold together his temper off-field. When Lee plays the defense looks entirely better. When Zeke plays the offense can not be stopped. Dallas may finally make a late post season run in 2018. 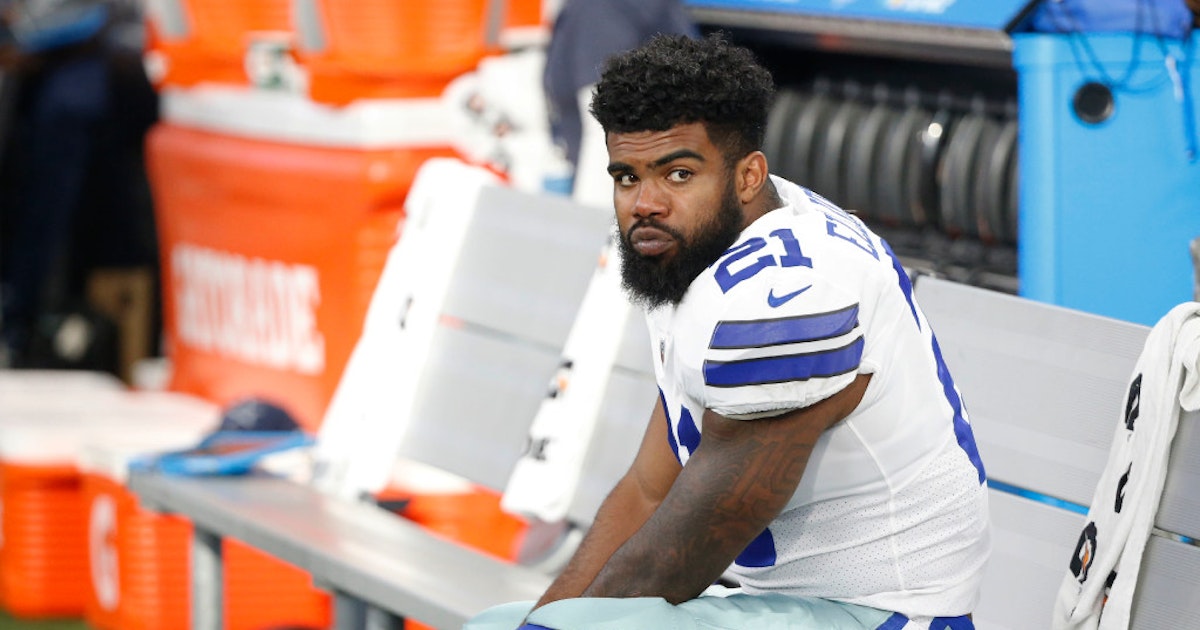 I hate making excuses for teams, but if someone deserves excuses it’s the Redskins. Let’s start with injuries: Chris Thompson, Rob Kelley, Spencer Long, Will Compton, Jordan Reed, Trent Williams and the list goes on. Also their schedule was brutal. They had to play the Eagles twice, Dallas twice, the Rams, Saints, Vikings, Chiefs, Chargers, and Seahawks. Not many easy ones on that schedule.

Nothing to do but scratch your head about the Giants season. What appeared to be a promising year for the G-men turned out to be an abomination. To be fair losing OBJ and Brandon Marshall for the season is not an easy obstacle to overcome. Ultimately this team showed too much talent to only manage three wins. Time to wipe the slate clean and prepare for 2018.

Much like the Eagles, the Rams were a very pleasant surprise this year. After being the lowest scoring offense in the league in 2016, Goff and Gurley lead the Rams to be the highest scoring this year. They scored just fourteen points per game in 2016 and this year they doubled that total to 29.9. The Rams had an early playoff exit after a disappointing loss to the Falcons. However, with a young team and coach this team is poised for more great years.

Similar to the Redskins, the Seahawks were too banged up to dominate like they did in recent years. Despite losing Kam Chancellor and Richard Sherman for the season, they still managed a 9-7 record. I expect the Legion of Boom to be back next year, hungry for a playoff appearance.

8-8 certainly was not the outcome Arizona had in mind this year. However this team deserves credit. They quietly played solid football most of the year despite season ending injuries to Carson Palmer and David Johnson. Not sure what to expect from this team next year, as they will be without HC Bruce Arians as well as QB Carson Palmer for the first time in a few years.

Well, the 1-10 start was an underwhelming start to Kyle Shannahan’s head coaching career. However the five consecutive wins to close out the season with Jimmy G under center was impressive. San Fran averaged just under twenty-nine points per game during the five game win streak. With Jimmy under center they were able to score forty-four points vs Jacksonville and thirty-four points at LAR. Stoked to see what this team does next season.

The Vikes have looked like Super Bowl contenders the whole entire season. Now they are just a win away over Philly to making it there. It is going to be a defensive showdown. Nick Foles and Case Keenum were once teammates and will now go head to head in the NFC Championship. It is really impressive to see how Minnesota has handled key injuries to Dalvin Cook and Sam Bradford this season.

Over the past couple years, it just seems like the Lions are one big play away from a postseason appearance. They are on the cusp of being a playoff team but for now remain just a “good team”. Perhaps adding Patriots defensive coordinator Matt Patricia as head coach will be enough to propel them into the playoffs.

Turns out, losing a Hall of Fame QB to injury is more than enough to ruin a team’s season. Packer Nation has to be frustrated watching their team look helpless without their beloved Aaron Rodgers. Oh well, onto next season for the Pack.

This team is showing some promise for the future. Still missing a few key pieces but the Bears defense is young and talented. Also, Mitch Trubisky looked better-than-horrible, which is a world-class compliment to a rookie QBs these days. Probably still a few years from being a good team, but Chicago fans have something to look forward to.

Finally the Saints managed to finish with a record of something other than 7-9. Turns out a dominant run game and a solid defense can be the difference between 7-9 and 11-5. Ingram and Kamara were nearly unstoppable this season, taking off a lot of pressure on Drew Brees. Unfortunately, the Saints came up one tackle short of an NFC Championship birth.

The Panthers are so unpredictable, I don’t even know if this season was a complete success or utter failure. 11-5 was good enough to earn a playoff spot for Cam and company. Unfortunately all it led to was the third loss of the season to their division rival Saints

Little bit of a Super Bowl hangover for the Falcons. They were still a solid team, but never really looked like the team they were last year. Matt Ryan was not as good, just three TD’s from Julio, and the defense was less physical and aggressive. I am afraid the Falcons’ one shot slipped away. Prove me wrong, Matt Ryan.

Tampa was one of the biggest disappointments of the season. Winston was terrible and the defense was even worse. It is rather difficult to succeed in this league without a good QB or defense. Luckily, talent is present on this team and they have the potential to make a big turnaround next season.

Trey Flowers’ Future as a Patriot