As I was writing this article I realized that this week’s winners and losers are oddly similar to last week’s. Quite interesting if you ask me, it seems that many teams across the league are trending rapidly up or down. Down the stretch it will be interesting to see which struggling teams can turn it around and which contenders will turn into pretenders. Let’s get to it.

Don’t look now but it looks like Atlanta is turning into Hotlanta. With back-to-back impressive wins, the Falcons have found themselves back in the NFC playoff picture. Their win over Seattle moved them up to the sixth seed in the NFC. The key to Atlanta’s recent resurgence? Their relentless pass rush. Adrian Clayborn and Grady Jarrett were chasing Russell Wilson out of the pocket all night, not allowing him to get comfortable. Also, Matt Ryan was efficient as he completed over 70% of his passes for 195 yards and two TD’s. Well done Atlanta, welcome back to NFC-relevancy. five of Atlanta’s last six games are against division opponents, including four home games. Up next: a very winnable game at home vs Tampa Bay. 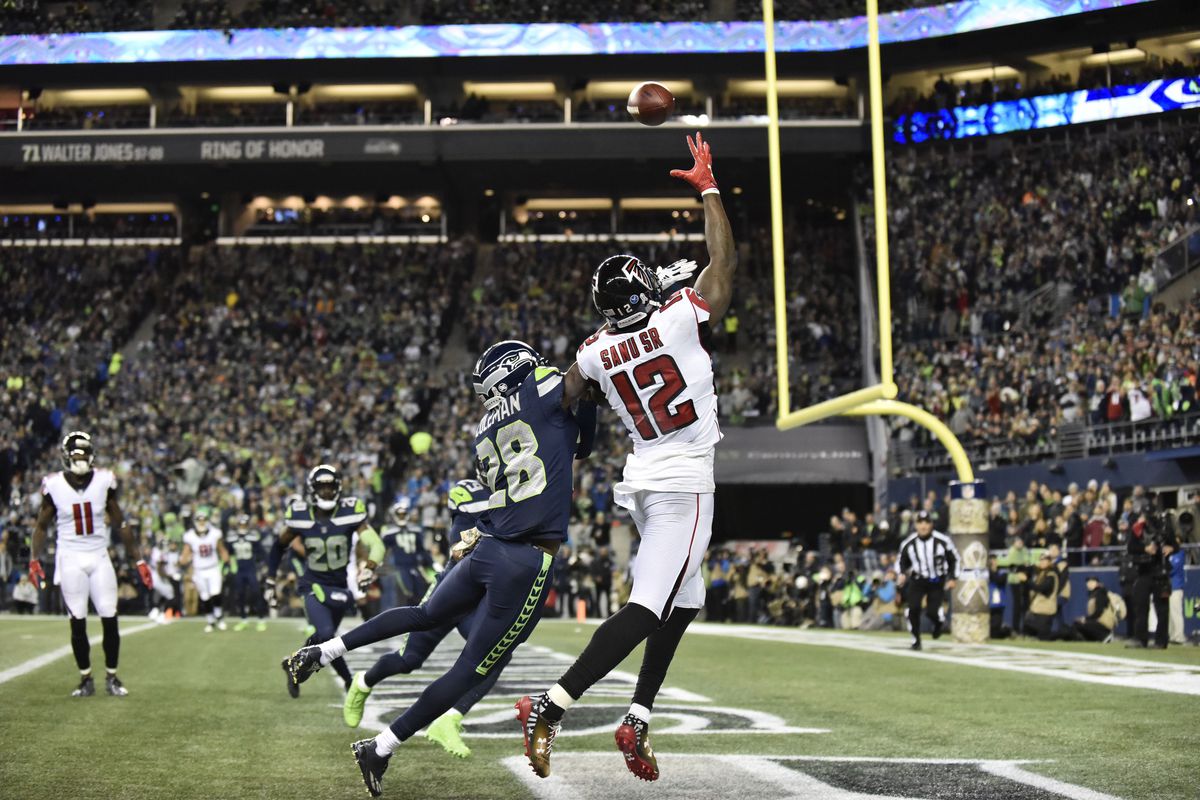 Beginning to wonder if anyone can beat this team. They just won their eighth straight game in a dramatic fourth quarter comeback lead by two perfect drives from Brees. It was vintage Drew, which is something we have not seen much this year because Mark Ingram, Alvin Kamara and the defense have been so good. How perfect was Brees on the last two comeback drives? 11-11 for 164 yards, two TD’s and a two-point conversion. Yup, he can still carry the team when necessary. The Saints are the first team in the modern era to start a season 0-2 and then win eight straight. Also, can we start acknowledging that Alvin Kamara is the best rookie running back in the league? He had another 116 scrimmage yards and a TD on just 14 touches.

Side note: I really feel for the Redskins. They might be the most injured team in the league and have had an absolutely brutal schedule. So far the ‘Skins have faced the Eagles twice, the Rams, Saints, Vikings, 49ers, Raiders, Cowboys, Seahawks and Chiefs. Washington is one of the best 4-6 teams I have ever seen, along with this years Chargers.

Dominant win versus the red-hot Rams. The Vikings are legit and another impressive win has them in my “Winners” column for consecutive weeks. Did anyone think Minnesota would be 8-2 considering their injuries to key players and relatively tough schedule? I sure didn’t. I feel like I owe these guys an apology for picking them to lose almost every week. They have proved me wrong week in and week out and it is time I accept the fact that this team is for real. Holding the NFL’s highest scoring offense to a measly seven points was very impressive. Equally impressive is their 11th ranked offense in terms of point per game, sans Bradford, Bridgewater and Dalvin Cook. Who would have thought that Case Keenum would carry this offense so well. Up next: At Lions then at Falcons, two more tough tests. Oh man, just when it could not have gotten uglier, it did. Another blow out loss for Buffalo makes it three straight losses. They have lost their last two games by a total of 67 points *cringe*. I am going to be conservative here and throw 90% of the blame on Head Coach Sean McDermott. “Mr. McDermott, if you don’t mind me asking, what the hell are you doing?”. My brain short fuses every time I try to understand why he benched Tyrod Taylor for rookie Nathan Peterman. Sure, they had lost two games straight, so what? It happens. The correct way to respond to back to back losses is to practice hard, get back to the basics, study your opponent and show up to play. Not bench your starting QB, who was absolutely not the problem.

Tyrod is no Tom Brady but he has proven to be a viable starting QB. Also, this bonehead move sends a message to the players from the coach saying “Well we have lost two straight games, I think I am going to give up on my 5-4 team and start thinking about next year”. Let’s see how Nathan Peterman fared in his first NFL start, shall we? He completed 11 passes, unfortunately five of them were completed to the wrong team. Peterman’s stat line was: 6-14, 5 interceptions for 66 yards. Tyrod came in for the second half and went 15-25 for 158 yards, four carries for 38 yards and 2 total TD’s. Yeah, I wonder who the better QB is? Smooth move Mr. McDermott.

Luckily for Buffalo, the AFC wildcard race is wide open. The Bills have two very winnable games vs the Dolphins and a home game vs Indy remaining. If they can win those three as well as steal one of their two remaining games against the Pats or win in Kansas City then I like their chances of getting a wildcard spot.

Uh oh, the team that seemed like it was on top of the NFL after five weeks has now lost four of its last five. That’s right, the Chiefs are now just 6-4 after starting 5-0. Their previous three losses were not so concerning considering they came against quality teams (Pittsburgh, Oakland and Dallas). However, this loss is very concerning considering that the Giants entered the contest with a record of 1-8. Also, the Chiefs’ offense that has been a powerhouse almost all season only managed nine points against a team that is allowing 24.7 points per game. That kind of effort is not going to cut it. Luckily for Kansas City, the entire AFC West is underachieving and they lead both the Raiders and Chargers by two games. Up next: A home game vs the ailing Bills.

Congratulations Dallas, you have earned yourself a spot under in the losers column for the second consecutive week. Back-to-back blowout losses for the ‘Boys. Two weeks ago they lost 27-7 at Atlanta and then they got embarrassed in a prime time game at home against a division rival. Yes, I agree that they were out-matched and I did not expect them to win this one. However, I expected it to be close, but they could not even keep it a three possession game.

The main concern for Dallas is how bad their offense is without Zeke. Dak looks like a different player out there sans his best weapon. Dallas is averaging just eight points without their superstar RB and boy do they need him back. Unfortunately for the Cowboys there are a surplus of playoff-caliber teams in the NFC and at 5-5, it may be time for Dallas to start thinking about next year. Up next: LA Chargers in big D. 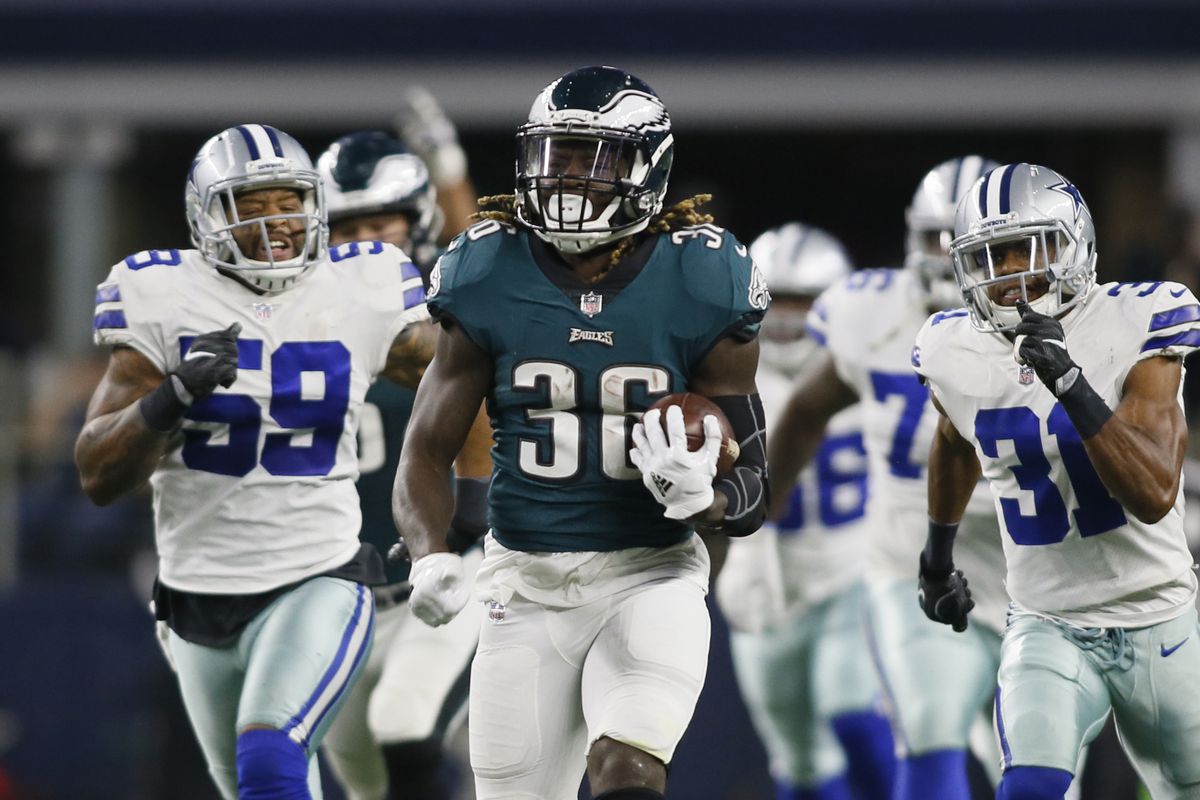 The Patriots Game Plan VS. Patrick Mahomes and the Kansas City Chiefs

Is Eli Manning’s Career Over?

The Patriots and the Pony Express