WHERE IN THE WORLD IS XANDER BOGAERTS ?! 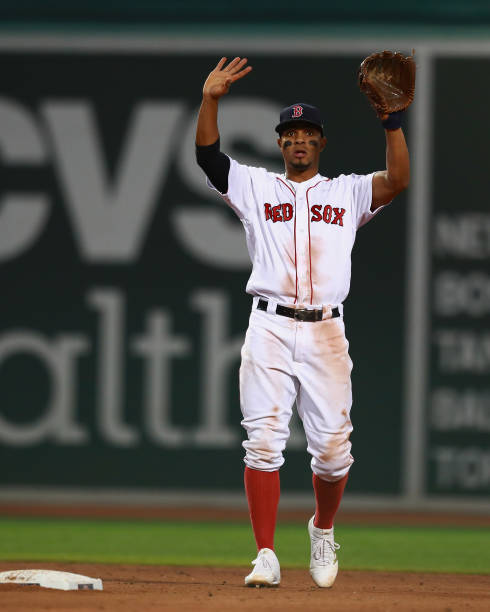 Where is the X-Man?

As our Red Sox start to gain momentum and head into the last leg of the season with a full head of steam we have one important thing missing.   And that thing isn’t A THING at all — our starting short stop, Xander Bogaerts.

To say that Xander is struggling recently would be a complete understatement, as one of our most talented players has COMPLETELY fallen off the face of the earth. Let’s take a look at what Xander hasn’t done recently and why he needs to take a turn for the better in these coming weeks.

Take a look at the photo above (which I took from my fantasy baseball site) and you will see Xander has not exactly had great success since the All-Star break. Not only has he gone missing but it’s almost as if he is going to the plate with an imaginary bat in his hands! We are not talking about just some guy plugging a hole in our lineup and in the field.  We are talking about an All-Star short stop projected to hit 20 to 30 HRs and about 80-90 RBI per season. 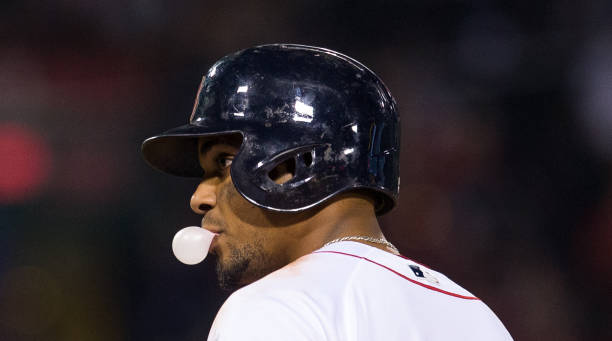 At this point in the season, ALL the games truly do matter for this Red Sox team.   Momentum can be key when it comes to heading into the post season and more importantly, making a run in the post season. As previously stated, this Red Sox lineup has had its struggles this year and currently ranks LAST in Home Runs out of ALL TEAMS in the Major Leagues.

Xander remains one of my favorite guys to watch on this ball club offensively and defensively.  The guy is a dirt-dog and leaves it on the field every night, no matter how poorly he may be playing.  With that said, this offense will need him to step it up in a BIG WAY. Xander is one of the most important players for this team.  So his continued struggles truly do hurt this lineup. If X-Man can figure it out and turn it around in these next few weeks, then this team could be deadly in the post season.

Inside the Numbers (or Lack Thereof)

To break down this past month for X, lets go a bit deeper inside the numbers and see what he has done (or hasn’t done) at the dish since around the break. In the last month X-MAN has hit .174 (which is below his weight).  He has two RBI, ZERO HOME RUNS, two stolen bases, eight runs scored and a putrid .240 on base percentage.

Want another example of how bad it’s been? In his first 60 at-bats of his career, Rafael Devers has six HRs, the same HR total that Xander currently has, but in 417 at-bats! That stat alone is staggering and should leave most of Red Sox Nation scratching their heads and asking themselves, “Whats wrong with X?”

Time for Everyone to Pick Up X

Whether Xander is nursing an injury, or his hand is still bothering him from the HPB he took earlier in the season, we need Xander back and we need him back now! Luckily for the Red Sox we have had some unexpected heroes as of late in the form of Benny Biceps, Devers, and Eduardo Nunez.   Nunez stands out as one of the best pickups made at the deadline due to his knack for making contact and his versatility in playing multiple positions in the field. Either way we look at it one thing is certain, the bigger names need to pick up X and get this offense rolling. Yes, I am calling out guys like Mookie, JBJ, Hanley, and Peddy to step it up and lead this offense into the post-season

WHERE HAS XANDER BOGAERTS GONE?

Jason Groome: The Next All Star Pitcher

The Best Catchers in Baseball Long-Term