Cleveland Browns – This was a gimme. The Browns looked like they belong playing in college football, with winning only one game in two years. What does new GM and resident savior in Cleveland do? John Dorsey reshaped this whole team by trading for Jarvis Landry, Tyrod Taylor, and Damarious Randall, and signing seven free agents, most notably being Carlos Hyde, T.J Carrie, Chris Hubbard, and Darren Fells. They did take a hit with the retirement of Joe Thomas, though. With a transformed offense and still having two of the top five picks, the only way this team can go is up. Chicago Bears – One of the most complete offseason so far, the Bears have acquired good players in all three aspects of the game. They signed two receivers and a tight end in Allen Robinson, Taylor Gabriel, and Trey “Philly Special” Burton, which gives now second-year quarterback Mitch Trubisky some much-needed weapons on offense. They also signed OLBs Aaron Lynch and Sam Acho, along with resigning Prince Amukamara to bolster the defensive side of the ball. The Bears also contain a high draft pick to address the defense too. Along with the signing of kicker Cody Parkey, these Bad News Bears have the chance to change their name. Tennessee Titans – Am I upset that two of my favorite players are on different teams? Absolutely. Do I wish the best for them? Absolutely, they deserve it. The Titans now boast a two-headed monster with the shifty Dion Lewis and powerful Derrick Henry. Malcolm Butler is going to a secondary that already boasts the interceptions leader and a very promising rookie. There isn’t a lot of weakness on the team. Linebacker is the biggest need and will most likely be addressed in the first round of the draft. Face it, Titans are going to be a scary team this year. Seattle Seahawks – Russell Wilson might as well scramble every play with that offensive line that’s “protecting” him. Seattle also lacks a real run game although potential standout Chris Carson is returning from injury, and they lost pass catchers Paul Richardson and Jimmy Graham. The breakup of the Legion of Boom and losses of Michael Bennett and Sheldon Richardson leaves this team with too many needs on both sides of the ball. 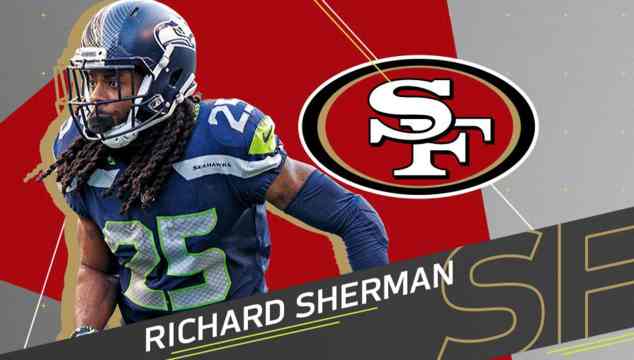 Detroit Lions –  The Vikings got Cousins and Richardson, the Packers got Graham and Wilkerson, and the Bears got A-Rob and Taylor Gabriel (and more). All other teams in their division got better which leaves the Lions grasping for whatever leftovers they can get. They did sign LeGarrette Blount who will improve their otherwise nonexistent run game. However, the losses of Haloti Ngata, Tahir Whitehead, and Eric Ebron are drastic. Deshawn Shead and Devon Kennard can improve the team a little bit, but they are going to need a great draft, a couple more FA signings, and a bigger beard from a certain someone in their management.

Arizona Cardinals – The solution to losing an injury prone quarterback? Get another one. And better yet, pay him $20 million a year. Especially when your offensive line needs serious improvement. Why not cut one of your best defensive players while you are at it? This was a pretty easy one. Sam Bradford is a high-risk player and the loss of Tyrann Mathieu is devastating.

Other fallers – It was hard to really say if a team was a faller because many teams lost notable free agents, but made signings that could make up for it. Those teams would be neutral or undecided until further notice.

Will Marcus Morris Start for Celtics?

A little bit about the Boston Celtics