Cracks are starting to expose themselves when it comes to the Bruins as evident in the recent shutout loss to Florida. In a listless game against the Panthers, Boston had struggles early on and by the 2nd, the wheels fell off.  But if there’s anything positive that can be said about this team; they know how to make comebacks. Much like last season amidst all the injuries, the Bruins found their stride and went on a tear. They were the team that did it when they weren’t expected to do it. Last night Coach Bruce Cassidy had this to say:

I didn’t like the first at all, to be with honest with you. Our goaltender kept us in. Our goaltending has been very good all year, so we’ve been able to bounce back from it…some of our younger players had their hand full. 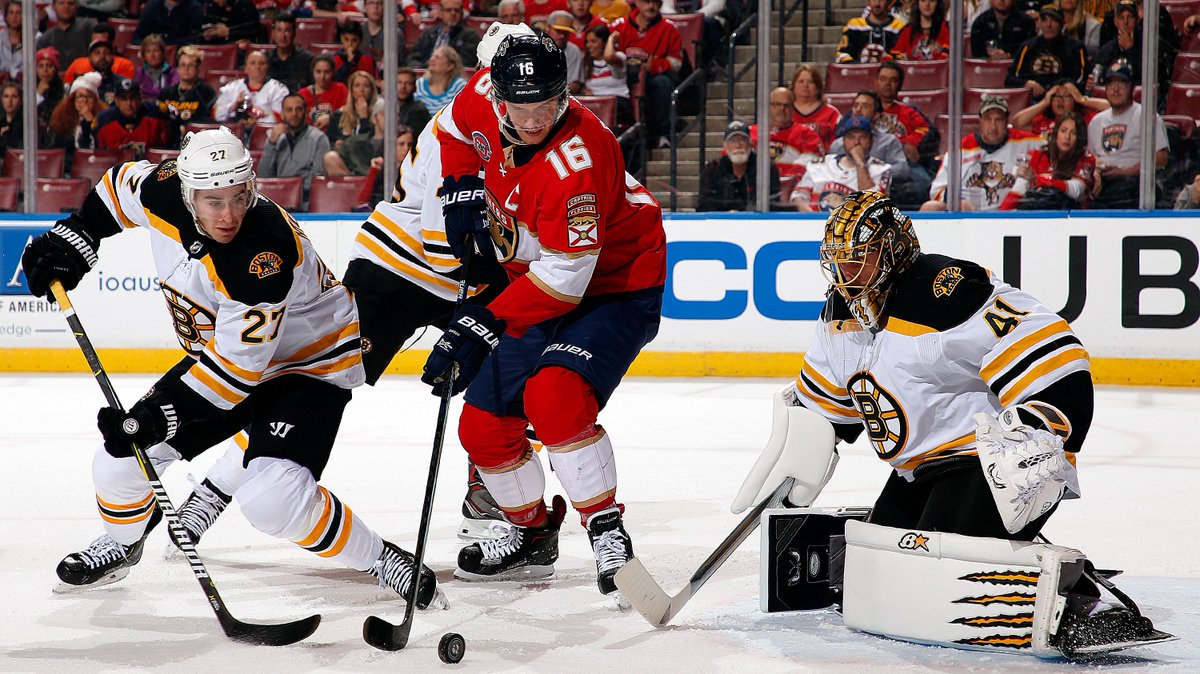 Florida’s goaltender Roberto Luongo had missed the last five games and recorded his 77th shutout win last night in the 5-0 win against the B’s.  Luongo is now ninth on the list for the NHL all-time career shutouts.  After a stalemate in the first period with neither team scoring, the Panthers pulled the trigger and controlled the second period, scoring four goals.  Mike Hoffman scored first at 4:21 in the second after knocking in a loose puck past Jaroslav Halak.  Mike Matheson made it 2-0 at the 13:13 mark.  Jonathan Huberdeau added another goal giving Florida a cushioned-lead over the Bruins, making it 3-0. Hoffman once again scored during a power-play off a one-time with seconds left in the period making the score 4-0.  Evgeni Dadonov hit another nail in the coffin when he scored a power-play goal in the third period at 14:36, making the final score 5-0.  Bruins goaltender Jaroslav Halak made 39 saves while Luongo made 33 saves in net.

The loss marks the fifth shutout for the Bruins this season as Florida out shot Boston 44-33. The team will be looking for another bounce back this Thursday when they face the Tampa Bay Lightning, who currently lead the Atlantic Division with a 21-7-1 record.  Boston currently remain (by a thread) in the 1st wildcard position with a 14-9-4 record.  David Backes spoke with the media after the game:

"That’s why I’m glad we don’t play football. We don’t have to wait another week to try to get this going in the right direction."

Coach Bruce Cassidy also spoke with the media after the game to express the same sentiment that has been shared by many: lack of defense:

“Our team defense wasn’t good enough.  Poor gaps all night.  Didn’t move the puck on the back-end nearly crisp enough…We do have some young guys learning their way.  Can’t use that as en excuse.  Once you’re up here, you have to be able to make the plays that are expected of you and we didn’t do that tonight”

The Bruins face the Tampa Bay Lightning this Thursday night with puck drop at 7:30 pm at the Amalie Arena.

What Brayden Schenn Would Bring To Boston

First Three Games of the Bruins Regular Season Have Been Announced