Celtics Set to Run the East after Lebron Signs with Lakers

Well, there it is. LeBron James finally made his long-awaited decision, signing with the Los Angeles Lakers after months of speculation. The deal is worth $154 million over four years, with a player option in the last year. This signing will undoubtedly send Lakers fans into crazed states of excitement, but Celtics fans should also be rejoicing. This moves clears the way for the team to waltz into the NBA Finals.

Now that Lebron has spurned the Cavaliers (again), it’s time for the Celtics to finally make their move. Toronto had another successful regular season last year, but they choked in the playoffs again and fired their head coach. The Sixers have intriguing young pieces, but the Celtics easily dispatched them in the playoffs. The Bucks still have Giannis Antetokounmpo, but don’t have many strong players around him. The Pacers have a young star in Victor Oladipo, but not much otherwise.

Aside from these four teams, there isn’t really anyone else to compete in the Eastern Conference. The East was already the weaker conference, and now they are far inferior to the Western Conference. Boston should have no trouble moving past each and every one of these teams.

Oh, and in case you forgot, Kyrie Irving and Gordon Hayward are returning.

Of course, now the West is absolutely stacked. The Warriors, Rockets, Thunder, Jazz, Trail Blazers, and now the Lakers are all legitimate contenders. The Pelicans, Spurs, and Timberwolves are all also good teams. They’ll all have to fight each other to reach the Finals. If these teams can weaken each other in a fistfight to the top, the Celtics will be golden.

Of course, the Warriors are still the Warriors, there’s Lebron over there now, and the Rockets are always tough. However, the Celtics proved last year that they can hang with anyone in the league. If the whole team is healthy when it matters, this team can cause a ruckus in the playoffs.

Bottom line is, the Celtics are now in a great position to contend for a title. There’s still a lot of free agency to go. The Kawhi situation has yet to unfold. The NBA landscape can still drastically change before the regular season commences. However, it feels like everything is coming up Celtics these days. With the biggest Celtics killer in recent history out of the way, this could be the year that Boston finally returns to basketball’s biggest stage. It could all go wrong, obviously, like it did this year. But if it doesn’t, the league should be on notice.

P.S. Prepare for a renewed Celtics-Lakers rivalry. Kyrie and Co. against Lebron and the Lake Show is going to be must-watch TV. 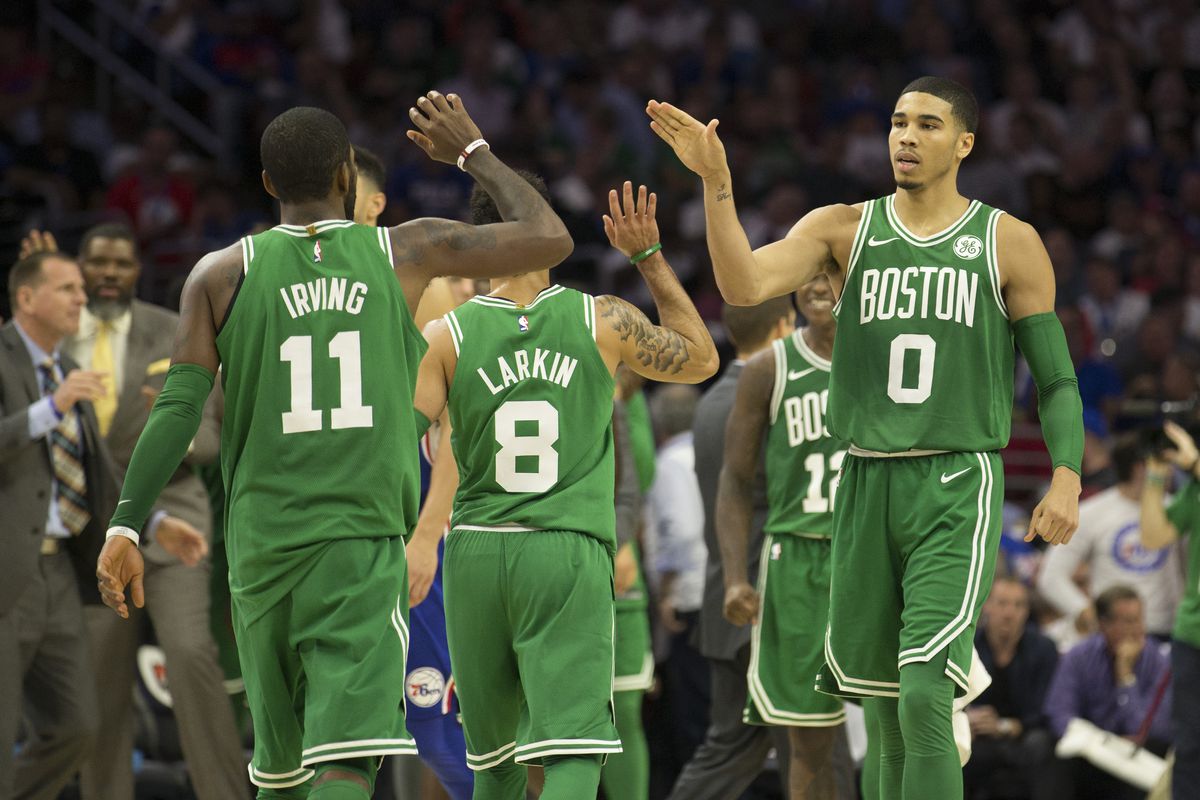 Even Stevens: Making Lemonade Since 2013