The Bruins welcomed David Backes, Ryan Spooner, David Krejci, Brad Marchand and Anders Bjork back to the lineup last week. Even with the Bruins finally healthy, they still don’t have key players Jake DeBrusk (upper body), and Adam McQuaid (broken leg).  McQuaid has recently started skating again, which is a great sign. However, DeBrusk remains on IR with an upper body injury. When the Bruins get Quaider and DeBrusk back, I believe they will have an excellent season, and possibly a playoff run. 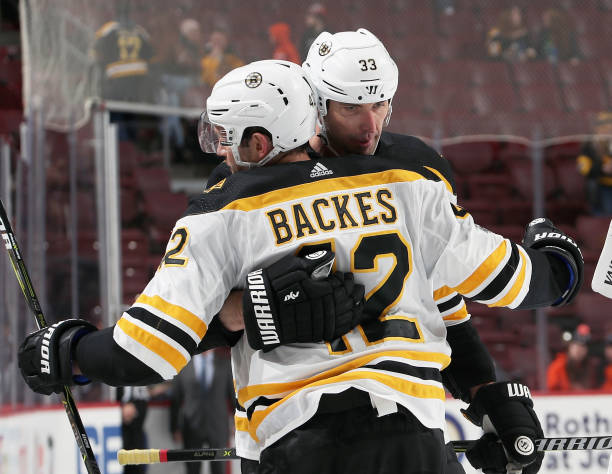 In recent games, they have beaten the reigning Stanley Cup Champions 4-3, and the leagues top team, Tampa Bay Lightning, 3-2. The most recent win for the Bruins took place in Saturday’s matinee game in Philadelphia, with a 3-0 win. The Bruins are back in action tonight in Nashville, where they take on the Predators at 8:00 PM ET.

Bruins number one goalie, Tuukka Rask, appears to be returning to form. Rask has posted back to back wins against the Bolts, and the Flyers. Against the Flyers, Rask stopped all 28 shots he faced, to earn his first shutout of the season. Bruins backup, Anton Khudobin, has also been stellar this season. He holds a record of 7-0-2, with a 2.22 GAA. This is the 4th best in the league among goaltenders. Dobby also holds a solid 0.932 SV%, which is tied for 2nd in the league with Vasilevskiy of the Lighting. With Rask winning his last 2 games, I would have thought the Bruins would roll with him against Nashville. However, it appears that Khudobin is confirmed to start in goal for the B’s Monday. This is still a good decision, based on how good he’s been so far this season.

The Bruins are currently 1 point behind the Montreal Canadians for the 3rd spot in the Atlantic division. They have four games in hand on the Habs, should easily win some of those games, and surpass the Canadians. The Bruins are 7 point behind the Toronto Maple Leafs, and also have four games in hand on them. If the Bruins can keep winning like they have recently, I see no issue with them making the postseason for the second time in as many years.

The road ahead for the Bruins is going to be tough. The Bruins play the Preds tonight. They will get another two day break, they have a had a lot of those this season. They are back in action Thursday, in Boston, where the face the Arizona Coyotes. After that, the Bruins play the red hot New York Islanders, who are 7-3-0 in their last 10 games. Then off for three nights, they then play the Red Wings next Wednesday, and Capitals the very next night. It’s not going to be easy for the Bruins, but if they can continue to stay healthy, they will be fine.

First Three Games of the Bruins Regular Season Have Been Announced

Northeastern is a Team to Recognize

Looking Back at the Bruins 2015 Draft