LeBron James is no stranger to excellent teams and knows one when he sees one. After Game 3 of the 2018 NBA Finals, James mentioned the Warriors and the Patriots in the same breath, discussing both teams’ mistake-free play.

The Cavaliers are heading into Game 4, one loss away from a sweep. The Cavs know they can’t make any mistakes against the Warriors if a crazy comeback were to happen again. The Golden State Warriors and Cleveland Cavaliers have been to the Finals four years in a row, and the Warriors have won two of the last three. With superstars like Kevin Durant and Steph Curry, no one is surprised that they have made it back to the Finals year after year. People have compared the Warriors to many past NBA teams, but James took to football to make a comparison. LeBron noted that playing the Warriors is like playing the Patriots, because you cannot make mistakes against them.

"It's almost like playing the Patriots: you just can't have mistakes, they're not going to beat themselves." – LeBron James on Warriors #NBAFinals pic.twitter.com/xn0Z4TgIYb

Number 23 makes a good point. During the Belichick/Brady Era, we’ve seen teams make mistakes against the Patriots that cost them the game. The Malcolm Butler interception, anyone?

In true NBA Twitter fashion, the New England Patriots’ Twitter account responded with the eyes emoji. James mentioned he is taking a break from social media, so don’t expect to see any social media friendships develop between LBJ and the Patriots.

This Cavs/Warriors series could have been a lot closer if it were not for certain errors by Cleveland. All J.R. Smith had to do was know the score and we’d probably be looking at a 3-1 series. And we all know 3-1 leads are hard to keep (Hi, Cleveland Indians and Golden State Warriors). LeBron was clearly, and understandably, frustrated and knows his team cannot continue to make mistakes, especially against a team like Golden State that isn’t, “…going to beat themselves.”

With news flying around that James is set to meet with the Celtics, just the mention of another New England team has fans speculating even more. It is a long shot that we will ever see LBJ in a Celtics uniform, many think Boston is on his mind more than fans originally thought. 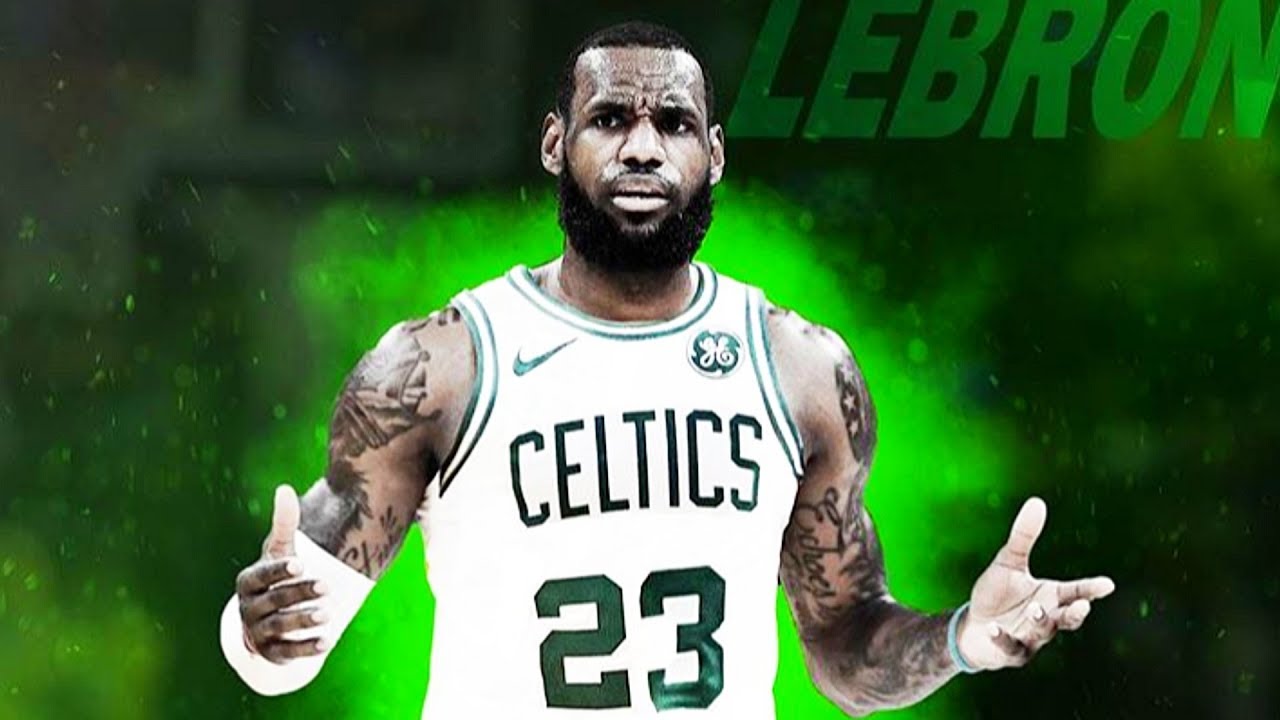 Not every Boston fan has expressed excitement over this rumor and many do not want to see “The King” in green and white. We sent out a Twitter Poll to find out what fans are thinking and many voted against LeBron coming to Beantown. Boston fans may never agree on what moves they want the Celtics to make when it comes to LeBron, or anyone for that matter. I’m sure they will agree with 23 when it comes to the greatness of the Patriots.

With the chemisty that #Celtics had this year and adding Hayward and Irving next year. Would you want to have LeBron James?

Grading the Patriots’ Offseason so Far

The Patriots in the Playoffs

Should Starters Play in Preseason Games?

Grading The Offseason Priorities Of The Boston Celtics