Alas, the matchup previews are back! The 5-2 New England Patriots will take on the 2-5 Buffalo Bills on Monday Night Football in Buffalo. Boston Sports Extra brings you three marquee matchups to look out for while watching the game.

Tom Brady has won his most games versus the Bills. Photo Courtesy of Getty Images.

The Patriots have been on a win streak in the past month, but their pass defense has given up a lot of yards. Though they have played decent quarterbacks, there is no reason the scores should have been as close as they have been. Stephon Gilmore has been playing out of his mind, but the rest of the players needs to step up. One of the biggest keys is that they need to pick up players quicker and be more aggressive. This night has to be a statement for the secondary to not let up. The defense should not let up over 300 yards passing to a player who started off the year in as a third-stringer. Another thing to note is that the Bills have only had three passing touchdowns all year. Let’s keep it that way. 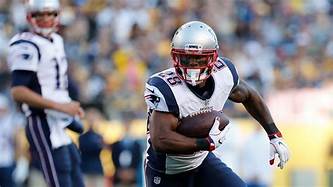 James White has been a key player for the Patriots. Photo Courtesy of Sporting News.

White has been a key player for Brady coming out of the backfield and catching the ball. If White isn’t lined up on the line of scrimmage, then expect Edmunds to defend him out of the backfield. Edmunds has had his ups and downs in his NFL career, and White should take advantage of his inexperience.

The status of McCoy for Sunday is unsure. If he does play, he will be the biggest test for our linebackers and really all of our defense. Our linebackers need to plug up holes quickly and limit him in the passing game. Their offense runs through McCoy. Stopping him will mean stopping their offense.

The #NERevs Tough Road Ahead

Making the Most of Bonus Bets