On Saturday the Regular Season Most Valuable Player award was handed out. While there were a few players running, the award went to New England Patriots quarterback Tom Brady. People will say that Brady’s late season skid should have made him unworthy of bringing home this year’s MVP. However, he’s easily been the best player in the league this season, and Tom Brady deserved the MVP.

Tom Brady had another season for the ages

After an ugly Week One performance against the Kansas City Chiefs, Brady went on an absolute tear. The 40-year old threw for 1,399 yards, 10 touchdowns and zero interceptions over the first month of the season. All of those marks were league bests, despite the fact Brady didn’t throw a touchdown in Week One.

It’s how Brady was doing it that made it more impressive. He lost his best receiver, Julian Edelman, for the season and his defense was horrible in the first month. If Brady wasn’t perfect every single week, the Patriots wouldn’t stand a chance.

Brady was right in the thick of the MVP discussion. At the time, his biggest competitors were the Chiefs Alex Smith and Kareem Hunt. Kansas City was undefeated, and both players were in the midst of incredible runs. 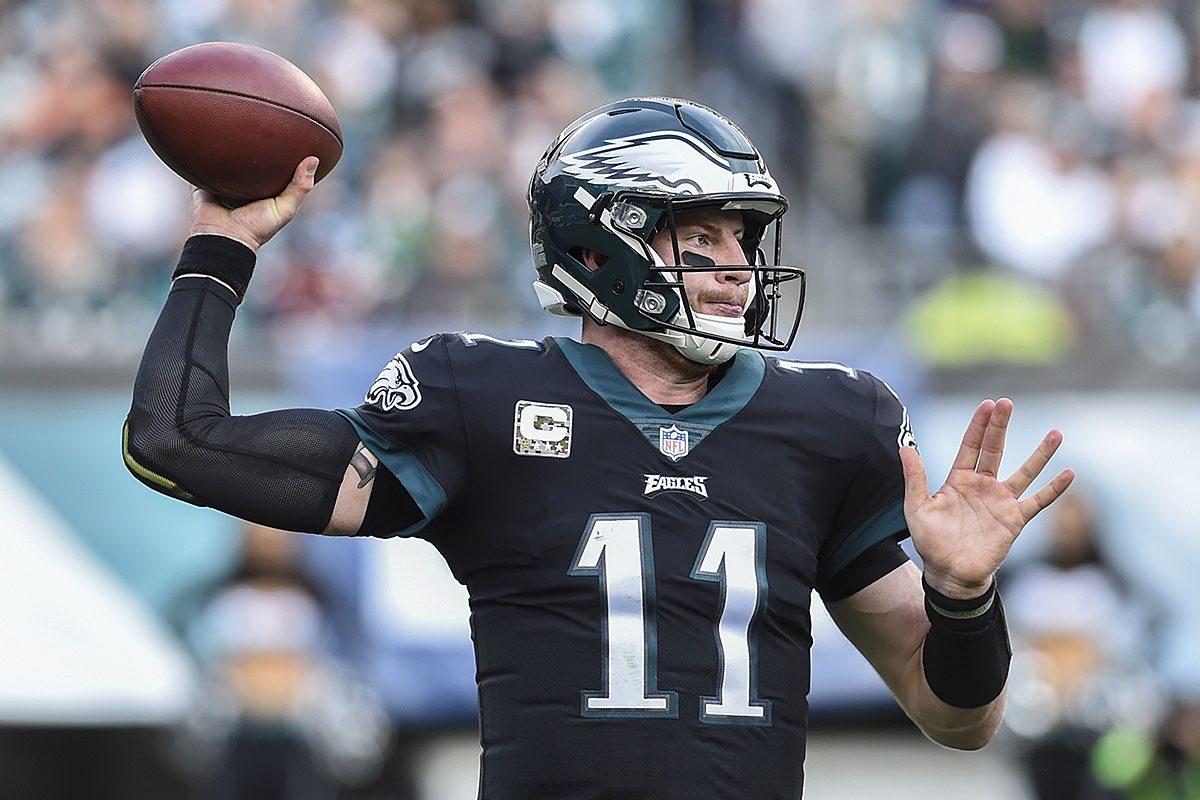 Eagles quarterback Carson Wentz was the biggest challenger for the MVP

Kansas City went through a rough patch, losing six of seven. Smith and Hunt were no longer MVP candidates, while Brady was playing as good as ever. Enter Carson Wentz. The Philadelphia Eagles second-year quarterback had made great strides, and was playing like one of the best in the league.

Through November, the two were pretty evenly matched. Brady was slowing towards the end of November due to an Achilles injury, while Wentz was keeping his usual pace. With one month left, Wentz had the edge in team record and touchdown passes, while Brady had the lead in yards and points per game. It looked like the award would be granted to whoever had the strongest finish to the season.

Wentz tore his ACL against the Los Angeles Rams, ending his season and his odds at the MVP. Brady was fighting an Achilles injury while playing five of six games on the road. His stats slowed, but there was still no quarterback who was close to Brady. So, the next touted MVP candidate was the Pittsburgh Steelers Antonio Brown.

Brown was in the midst of an incredible season of his own. He was playing above his normal lofty standards and was the main reason the Steelers were able to win so many of their close games. Brown was a worthy candidate, but it takes a lot for a receiver to match the productivity and value of a quarterback. Brady would need to continue his skid and Brown would need to play his best for him to pull off the upset.

Instead, he got injured. Brown suffered a calf injury against the Patriots in Week 14, ending his season and any chance he had at the MVP hardware. Once more, Brady seemed like the only candidate left to win the MVP. 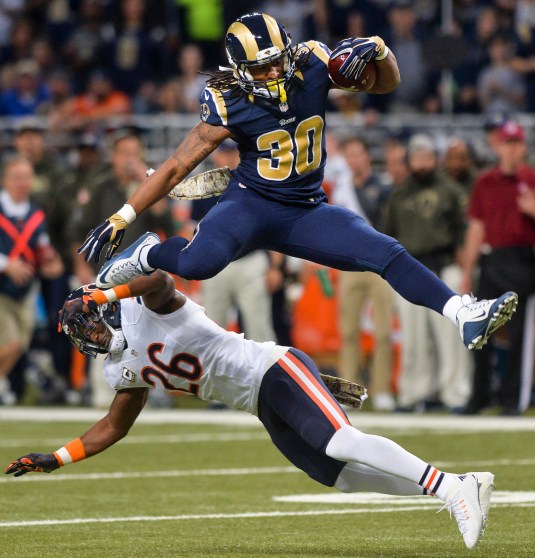 Following a Week 15 game where he single-handedly ran the Seattle Seahawks out of the playoffs, Rams running back Todd Gurley became the latest MVP candidate. Gurley had a great season, but prior to the injuries to Brown and Wentz, nobody was calling him MVP. That’s because Gurley didn’t earn it.

Historically, running backs only win the award when they have historical seasons and/or have to overcome an otherwise terrible offense. Gurley didn’t do either. Don’t get me wrong, running for 1,305 yards and 13 touchdowns is impressive, but not historic. Then-Patriots running back LeGarrette Blount put up similar numbers in 2016, yet he (rightfully) wasn’t receiving and MVP attention.

Throughout the entire NFL season, the MVP debate was Tom Brady versus somebody else. Whether it was Smith, Hunt, Wentz, Brown, or Gurley, Brady was always the player the rest were running against. While his production slowed in the final month, Tom Brady was the best player in the NFL from start to finish. Don’t overthink this one, Tom Brady deserved the MVP award.

How to Make the Most out of Patriots Training Camp

Alex Guerrero Back on Board

Robert Kraft should be in Canton