Training Camp has been in full swing for just about a week now for almost every team. The HOF game was last night, and it finally feels like football’s back. So naturally, just like anybody else in the New England area who loves football, you visit training camp. It was a cloudy day filled with much overcast, but still, hundreds of fans attended. People had signs, footballs, and even shoes being ready to get signed while they watch the Pats. There were many things I noticed and had stuck out during my few hours at the Patriots’ practice.

Spotlight Players in the Starting Offense

One of the first things I wanted to look at was how this offense is looking. After losing key pieces like Solder, Amendola, and Lewis, I know the Pats would be changing personnel around. Well at first glance, it’s very apparent that they haven’t lost a beat. Trent Brown, the NFL’s own version of “The Mountain”, was holding his ground. The 6’8″ lineman was holding his blocks against a Patriots D-line that looks greatly improved.

More shining stars on this offense were wideouts Phillip Dorsett and Cordarrelle Patterson. Dorsett is looking like a brand new wide receiver after a disappointing first season in Foxborough last year. He caught numerous passes from Brady in coverage during 11 on 11 drills and it felt like he was rarely off the field. Patterson, however, is even more of a pleasant surprise to see him working with the 1’s in training camp. Another previous first-round pick who’s had trouble producing is trying to turn that around. When the Patriots initially traded for him, it appeared his role was special teams only. Now in August, it looks like Belichick has taken a liking to him. Patterson was lining up on the outside in numerous plays from walk-through plays to full on 11 on 11’s.  It appears that this speedster is going to be doing a lot more than just fielding punts and kicks in the near future.

Other Position Battles Heating Up

Besides the new faces on offense trying to get the coaches attention, there are plenty of other players vying for that 53 man roster and furthermore starting spots. Some of the most interesting things noticed throughout the practice. Eric Rowe and second-round pick Duke Dawson have been fighting for that second cornerback spot. As of now, Rowe is seeming to have the edge lining up in the second spot opposite of Stephon Gilmore. Dawson, however, hasn’t disappeared as he’s locking players down as the nickel cornerback currently.

Even special teams have competition on both ends. We’re seeing players like Rex Burkhead compete with the likes of Edelman and Patterson to return kicks this year. Even if we flip to the other side one of the underrated position battles has been Ryan Allen and rookie punter Corey Bojorquez. Ryan Allen has always been a consistent punter in the league; but obviously, if the Patriots have been keeping two punters so far, they wanna see who comes on top. 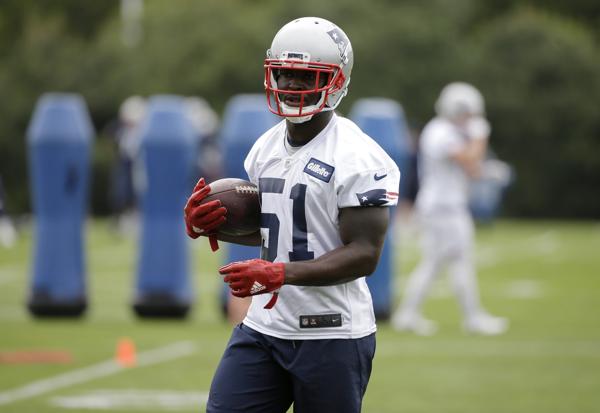 With all these practices starting again comes padded practices. With padded practices, unfortunately, comes injuries, and the Patriots have already had a few. Jordan Matthews was one of the most notable ones, and the Patriots even had to release him the other day. Rookie running back, Sony Michel, and starting tackle, Marcus Cannon, left practice early with injuries. It’s unknown exactly what injuries these are; but three days later, they’re still kept from practicing. Good injury news though is wideout, Kenny Britt, is finally practicing even if it’s scaled back for now.

Training Camp is always an exciting time for fans, reporters, and even the players. Football is just gearing up for the season, and the Patriots are in full swing. After only a week of practice, so much has happened to New England’s team. As the preseason continues to roll out Boston Sports Extra continue to provide updates and thoughts on everything Patriots!

Analysis of the Patriots’ Week 3 Match-Up Against the Texans

People need to get over Alex Guerrero

Takeaways from Patriots versus Chiefs